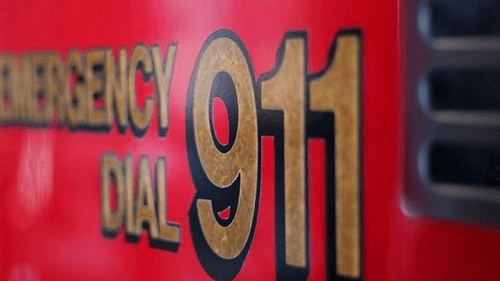 Over a dozen counties in North Texas were part of a nationwide outage that prevented people from calling 911 on their cell phones on Thursday night and into Friday.

The rolling 911 outage was reported by Louisiana-based internet provider CenturyLink at about 9 p.m. Thursday, according to the North Central Texas Emergency Communications District.

The Federal Communication Commission announced Friday afternoon it had launched an investigation into the outages.
“When an emergency strikes, it’s critical that Americans are able to use 911 to reach those who can help,” chariman Ajit Pai said in an FCC press release. “The CenturyLink service outage is therefore completely unacceptable, and its breadth and duration are particularly troubling.”

At 6:20 a.m. Friday, the district reported 911 services in the region were restored, although several law enforcement agencies said on social media the service was out again later Friday morning.

At about 7 a.m., Johnson County Emergency Management posted on the department’s Twitter saying “911 was back up, now it’s back down.”

At 9:20 a.m., the Collin County sheriff’s department posted on its Facebook the 911 system was still down in the area.

At the Parker County Sherriff’s Office shortly after 10 a.m., some 911 calls were coming through and others weren’t.

“To say it’s very worrisome is a bit of an understatement when you’re in trouble,” Sheriff Larry Fowler said. “Put it this way, a while ago I dialed the Weatherford police on a hard line and it went through. I tried again on a cell phone and I got nothing.”

Fowler said two-thirds of the department’s 911 calls come in on cell phones.

The communications district provided a list of alternative emergency phone numbers for the affected agencies. It also noted that text-to-911 services were unaffected by the outages.

In a tweet, CenturyLink blamed the outage on a “network event.” The internet provider did not immediately reply to a request for clarification.

Shortly after noon, CenturyLink announced it was “aware of some 911 service disruptions affecting various areas through the United States.”

At about 3 p.m., CenturyLink tweeted it had “made progress in restoring services across the network in the last several hours” but was “focused on resolving remaining issues.”

Do you know what to do if you accidentally dial 911? Do you know what information is crucial in an emergency? Here’s what you need to know in North Texas to get the police, fire or ambulance service you need fast. https://www.star-telegram.com/news/article195336969.html
STEPHEN ENGLISH

Stephen English covers breaking news for the Star-Telegram. He attended Texas Wesleyan University and has lived in the Dallas-Fort Worth area for more than 30 years.