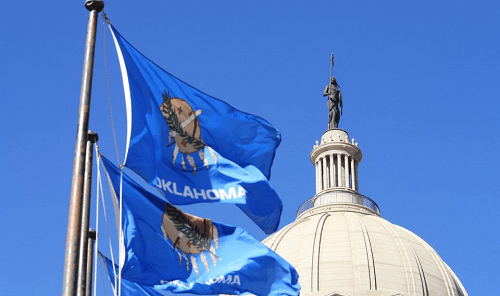 Lawmakers also passed several bills in the wake of Oklahoma’s fiscal crisis that could help them stabilize the state budget.

One bill, which became law on Nov. 1, would let the public analyze how much money taxpayers are saving by claiming tax credits. While the law is in effect, the Oklahoma Tax Commission has until Jan. 1, 2020, to publish the information. It could be useful to lawmakers as they gauge whether credits are worth the cost.

The Oklahoma Legislature finished work in May, but new laws traditionally don’t become active until Nov. 1. The Legislature returns to the Capitol in February for another session.

House Bill 3584 was adopted in the wake of the Oklahoma Department of Health financial scandal. The new law requires that two Board of Health members have at least five years of executive leadership experience in a health-related industry, with education and experience in finance, law, business planning or operational decision-making.

Another new law will prevent shackling of pregnant women who are in state custody.

“The presumption is that no restraints of any kind shall be used, unless otherwise directed by the physician in charge,” states House Bill 3393.

Correctional officers and jailers are prohibited from using abdominal restraints, four-point restraints, placing a pregnant woman in a face-down position, restraints that could increase the risk of a fall and any kind of restraint where the woman is linked to another inmate. The bill also requires that when an inmate goes into labor, officials must allow a certified doula, family member or clergy in the room.

One of the most controversial new laws from the 2018 session exempts religious adoption agencies from activities that violate their religious beliefs. Senate Bill 1140 was strongly backed by the Archdiocese of Oklahoma City. It would allow groups to receive public funding even if they offer adoption services only to those who share their beliefs.

Another new law closes a loophole that allowed sex offenders to live near their victims. The law creates a 2,000-foot “zone of safety” around the victim’s home. Perpetrators are also now prohibited from loitering within 1,000 feet of their victim’s residence.

Other bills that became law Thursday include:

Dale Denwalt has closely followed state policy and politics since his first internship as an Oklahoma Capitol reporter in 2006. He graduated from Northeastern State University in his hometown…Read more ›