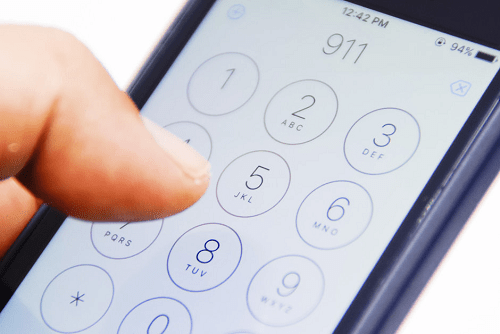 The Mississippi Emergency Management Agency is helping connect software vendor RapidSOS with its 82 counties. The company’s no-cost solution can relay a person’s location to 911 dispatchers accurately to about 3 feet.

The triangulation of a 911 call from a cellphone can provide too large a search area for first responders when time matters most. In Mississippi, officials have embraced a no-cost software solution to narrow a caller’s location to roughly 3 feet and help contend with the state’s large swaths of rural and wooded areas.

The Mississippi Emergency Management Agency (MEMA) is just now embarking on its journey to deploy a statewide Next-Generation 911 plan, but in the interim, officials have been searching for ways to optimize what they already have — especially after the state’s record-setting year of 114 tornadoes and severe flooding.

As the number and strength of natural disasters grows, state governments are looking to the vendor community for answers. In California, for example, a rapid procurement model helped state agencies pilot and deploy new technologies to fight wildfires. Mississippi is already in the midst of its first flood disaster of 2020, further driving the statewide push to expedite emergency services.

RapidSOS, a software vendor that specializes in pinpointing 911 callers, provides its service to public safety answering points (PSAPs) free of charge. MEMA CIO Bob Buseck said he discovered the vendor while at a 911 technology conference and offered to facilitate a demonstration to emergency response officials from the 82 counties in the state.

“Mississippi is very rural and if you think of it from the standpoint of being lost in the woods, the average 911 call, once it’s triangulated, is about 100 meters for the cone of certainty,” Buseck said. “In the dark, in a ditch, 100 meters in 360 degrees — that’s a lot of area to cover to find somebody, especially if they can’t vocalize.”

The vendor had approached counties individually for some time with mixed success. Before the demonstration last week, about 11 counties had signed up with RapidSOS but only about a handful had actively used the software.

In Warren County, which hugs the Mississippi River in the central part of the state, the PSAP responds to between 140,000-150,000 calls for service per year, said Shane Garrard, the director of the Vicksburg-Warren E-911 Communication Center.

Garrard said the center became an early adopter of the technology because he saw a need to reduce search and rescue times and provide clarity to calls with questionable locations. Though not every call is queried through the software, when it is used the contrast in improved processes becomes apparent.

“We had some lost hunters back in December 2019. It was a male and a female and they didn’t know where they were, so they had made the 911 call and we took that number,” Garrard said. “We had a general idea, but with putting it into RapidSOS we were able to hone within a meter of where they were and send our search and rescue teams right to them. It probably saved about an hour in very cold temperatures.”

The vendor’s business model is to provide PSAPs with the software at no cost while Internet of Things and insurance companies pay to send data to the company’s 911 portal, said Michelle Cahn, a spokeswoman with RapidSOS.

Buseck said MEMA stands behind the technology because a wide adoption could prove vital during a disaster spanning multiple counties.