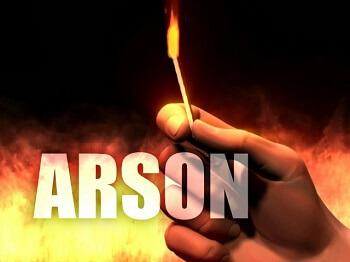 A Maryland business owner has been convicted after a trial on federal charges for conspiring to burn down his business in order to obtain insurance proceeds.

A federal jury convicted Demetrios ‘Jimmy’ Stavrakis, age 53, of Lutherville-Timonium, Md., for an arson conspiracy. The guilty verdict was returned on October 28, 2019.

“The evidence proved that ‘Jimmy’ Stavrakis conspired to burn down his business in order to defraud his insurance company of millions of dollars in insurance proceeds,” said U.S. Attorney Robert K. Hur in a press release issued by the U.S. Attorney’s Office, District of Maryland. “Criminals who commit fraud destroying property by fire, jeopardizing their community and first responders, then spend the stolen money on luxury cars, watches, and jewelry, must be held accountable.”

According to evidence presented at his seven-week trial, beginning in July 2015, Stavrakis made a plan to set fire to commercial property he owned in order to collect insurance proceeds on the property. The building housed Adcor Industires Inc., a manufacturing shop owned by Stavrakis since 1991, as well as Adcor Beverage LLC and other LLC’s owned and created by Stavrakis.

Testimony at trial revealed that by 2010, Adcor’s business experienced a down-turn due to the loss of a contract with Colt Industries. From 2011 to 2015, Stavrakis’ businesses defaulted on various loans, struggled to pay suppliers, resulting in legal action, and sold off profitable divisions of the business to satisfy defaulted loans.

In 2014, Adcor incurred an operating loss of $2,053,427, and its liabilities exceeded its assets by almost $900,000. Financial records showed that during 2014, Stavrakis liquidated personal assets and injected the proceeds into Adcor to utilize as working capital.

A public accounting firm hired by Adcor to review its financial condition reported to Stavrakis that the balance of cash and cash equivalents as of December 31, 2014, was inadequate to fund operations through December 31, 2015. More losses followed, and Adcor was again in default on a line of credit. Its monthly operating losses put it on pace to lose approximately $2.9 million for the year.

The evidence proved that on July 28, 2015, just before 6 p.m., Stavrakis used adhesive tape to defeat one of the security features on the front door of the building so that the person or persons setting the fire could enter the building.

According to the trial evidence, at 12:25 a.m. on July 29, 2015, someone disarmed the alarm inside the building by entering the four-digit code. At 12:33 a.m., an alarm in another part of the building was disarmed. At approximately 1:30 a.m., the fire was reported to law enforcement by a passer-by who saw smoke emanating from the building.

The Baltimore Fire Department responded to extinguish the blaze. The fire destroyed an office on the shop floor of the building and damaged a portion of the ceiling directly above the office area. Later on July 29, 2015, Stavrakis contacted a public adjuster firm that his company had previously retained to notify them of the fire and to request their assistance in filing claims with the insurance company.

Trial evidence proved that from July 29, 2015, through August 5, 2016, the adjusters, acting on behalf of Stavrakis and his companies, submitted insurance claims totaling more than $21 million. The insurance company paid a total of approximately $15,081,435. Of that amount, approximately $7.5 million was used to purchase new machinery, purchase parts inventory, restore the building, and for other business expenses.