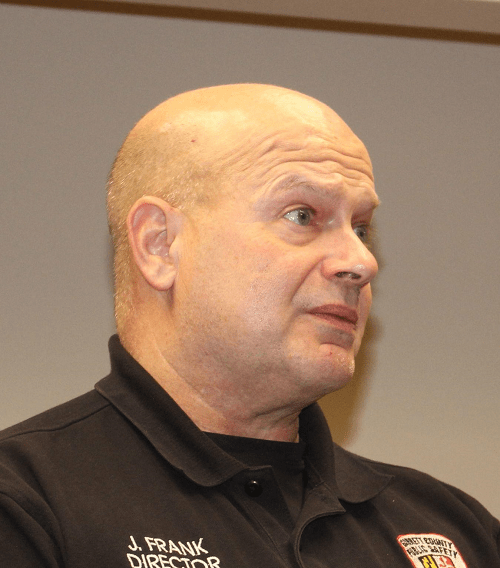 ANNAPOLIS — One of the Maryland Association of Counties’ priorities for the 2019 Maryland General Assembly is implementation of Next Generation 911 throughout the state.

“It is time for Maryland to move to the Next Generation of 911 service,” MACo states on its website. “Maryland’s current 911 call centers need additional support to accurately and expeditiously handle an increasing number of cellphone-based calls for emergency service.”

MACo is requesting that legislators update state laws and the 911 financing system to provide “the flexibility and resources” needed to implement this “public safety priority.”

Because of rapid growth in wireless communications, NG911 is an initiative geared toward improving and updating public emergency services in the United States and Canada.

“Garrett County is in the beginning stages of the process to migrate from the outdated technology to NG911,” said Garrett County Department of Emergency Services Director John Frank. “This new and exciting technology will allow for more than simply phone communications. Additional emergency information will be conveyed through this new system via text, photos and videos directly to the Garrett County 911 Communications Center.”

The collected emergency information, he said, will then be distributed to first responders to “empower” them to effectively handle incidents in a timely manner.

“In addition, it will enable a seamless rollover to other jurisdictions with all of the data intact,” Frank said.

Garrett County is in the process of choosing a vendor to provide NG911 services. Full implementation and usage of the system in Garrett County is slated for 2020, according to the director.

“This is very exciting as technology changes from outdated land lines with address points to wireless communications and data, increasing situation real-time awareness to our first responders,” Frank said.

MACo has three other priorities for the 2019 General Assembly: continuing state commitment to education, re-prioritizing public health and repealing the “implied” pre-emption doctrine.

“Maryland courts have adopted an inconsistent but growing theory of state preemption over local actions,” the MACo website notes, “finding that counties may be pre-empted even without any state law explicitly stating so. This principle was used years ago to invalidate multiple local tobacco regulations, and more recently on local pesticide oversite and energy facility siting.”

The association’s stance is that legislation should specify that pre-emption interpretation should not be determined in court, but in the “open and accessible lawmaking process, where all stakeholders may be heard on the merits of their arguments.”

MACo is a nonprofit, nonpartisan organization that helps Maryland’s 23 counties and Baltimore City by being a voice for their governmental needs in the General Assembly. Following last year’s legislative session, MACo members submitted their ideas for new priorities to the MACo Legislative Committee. The committee then voted at its Sept. 12, 2018, meeting to adopt the four priorities for the 2019 session.

Staff writer Renée Shreve can be reached at 301-501-8394 or by email at rshreve@therepublicannews.com.