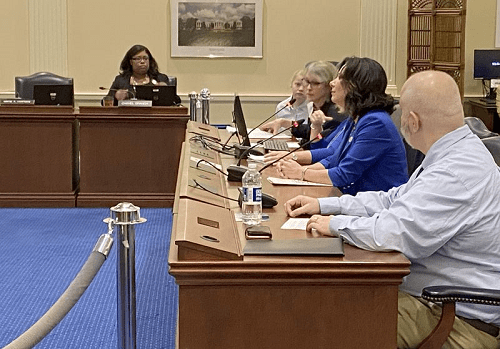 Growth of Louisiana’s unemployment trust fund could lower the tax bills of state employers, though many businesses are not paying their share, officials said Friday.

Many companies avoid paying into the fund by classifying employees as temporary contractors, which gives those businesses an unfair competitive advantage and makes employers who follow the law shoulder more of the unemployment fund costs, said Ava Dejoie, secretary of the Louisiana Workforce Commission.

“It is an unfair advantage and it hurts all of us,” she said.

Employers support the trust fund with taxes on the first $7,700 of each employee’s pay. When the fund reaches $1.15 billion, the taxable wage base falls to $7,000 and unemployment benefits increase. When it hits $1.25 billion, funding for a state program employers can use for worker training increases from $20 million to $35 million, Dejoie said.

While the fund is expected to hit both of those benchmarks over the next 18 months or so, she said, misclassification hurts that progress. The practice also allows companies to reduce their labor costs so they can outbid employers that play by the rules, Dejoie added.

“When you have all of these people who are not paying in, you have a higher tax base for employers who are doing the right thing,” said Louis Reine, president of the Louisiana AFL-CIO, which represents union workers.

The United States Treasury Department estimated in 2013 that preventing worker misclassification would generate $8.32 billion in federal revenue over 10 years. The Louisiana Legislative Auditor has said misclassification cost Louisiana at least $9 million from 2014 through 2018, though the actual number could be much higher. Over the past two years, the Workforce Commission conducted 19 audits that identified 1,100 misclassified workers and $18.5 million in unreported wages, officials said.

The LWC does not get state tax dollars to support its enforcement efforts. Dejoie said additional funds to hire more auditors and a full-time attorney or two would help.

Louisiana also is the only state in the nation that requires employers that break classification rules to get a warning on their first offense. The penalties, which start at $250 per employee per day, are not as severe as other states, officials said.

State Sen. Troy Carter, who chairs the committee focused on labor and industrial relations, has proposed a bill for the upcoming session that would eliminate the first-offense warning letter and stiffen penalties for employers who “knowingly and willingly” violate classification laws.

Carter said better enforcement would “level the playing field” for employers while paying for itself by allowing the LWC to collect more fines and interest.

David Jacobs is a Baton Rouge-based award-winning journalist who has written about government, politics, business and culture in Louisiana for almost 15 years. He joined The Center Square in 2018.