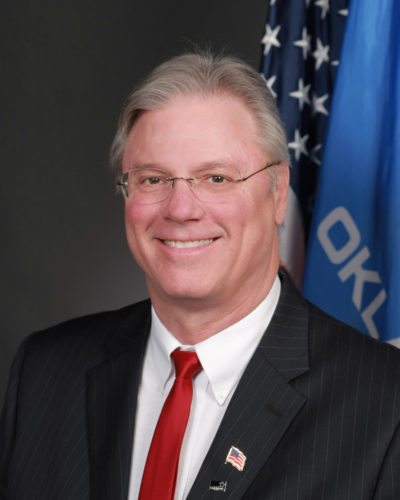 1,500 hours over 9 months. That’s how long it can take an amateur hairdresser to get a cosmetology license in Oklahoma, just so that they can style hair. By comparison, it takes only 252 hours to become an EMT. Why the disparity? Because of Oklahoma’s often-burdensome, often inconsistent, occupational licensing laws. But all that is changing.

During the final days of its 2018 regular session, the Oklahoma legislature passed SB 1475, by Rep. Mike Osburn, R-Edmond, and Sen. Adam Pugh, R-Edmond, a bill that promises to deliver sweeping occupational licensing reform, with bipartisan support. This bill was passed in an effort to lower government-erected barriers to success for Oklahomans, by freeing them from unnecessarily burdensome licensing regulations.

Currently, our state ranks 18th in the United States for most burdensome occupational licensing laws, requiring workers in 41 low-income occupations to be professionally licensed. This is changing under the Trump administration, which ordered the Department of Labor to review these laws in an effort to simplify them. In Oklahoma, Governor Mary Fallin established the Occupational Licensing Task Force over a year ago to find ways to lower the burden placed on our workers and eliminate the intense barriers to entry that keep many Oklahomans slightly out of success’ reach.  Since the task force was organized, we are seeing legislative movement that will benefit many of our low-income citizens who deserve the chance to seek prosperity without crushing government regulation holding them back. SB1475 establishes the Occupational Licensing Advisory Commission, which will review all occupational and licensing regulations in the state at least once every four years, and make recommended changes for consideration by the legislature.  This continual and deliberative approach promises to bring reform that balances the need to ensure competency, with the desire to avoid unnecessarily complicated, expensive, or time consuming licensing procedures.  Oklahomans should soon see thoughtful recommendations that protect the public, while removing excessive government oversight… things all Oklahomans want.

Reform doesn’t mean that just anyone will suddenly be able to pass themselves off as a professional. Rather, it will drive increased market competition by businesses and lower costs as more practitioners are available to consumers. Current restrictive licensing requirements harm consumers as much as they close doors of opportunity to people seeking jobs. Taxpayers  partially foot the bill for enforcing exclusory policies, while existing businesses benefit from the lack of competition.

In addition, while several bills related to criminal justice reform have garnered much attention, targeted licensing reform will help ex-offenders once they have paid their debt to society.  We all benefit when our fellow citizens find new opportunities and become contributing members of society. Unfortunately, professional groups can create substantial barriers to entry for people who have been incarcerated. Interestingly enough, states with higher occupational licensing requirements often have higher recidivism rates, according to a report by the Institute for Justice. States with heavy occupational licensing burdens saw an average increase in three-year, new-crime recidivism of more than nine percentbetween 1997 and 2007. By contrast, states with lower occupational licensing burdens saw an average decline in recidivism of nearly 2.5 percent. We need to do all we can to make sure these Oklahomans are able to have the opportunity to become contributing members of society in a positive way, instead of becoming dependent on the state, or worse, falling back into the criminal justice system when lack of hope and opportunity suggests a return to crime is an option that should be considered.  It’s always a good idea to elevate fellow citizens and allow the opportunity to experience economic success, professional fulfillment and the ability to provide for one’s family.

Overbearing occupational licensing laws are a lose-lose for Oklahomans. The passage of SB 1475 is a triple-win. It will open opportunity to many more Oklahomans and save taxpayers money. The third win is a simple show of bipartisanship on an issue where nearly everyone agrees. Let’s continue to work together to increase opportunity in the Sooner state.