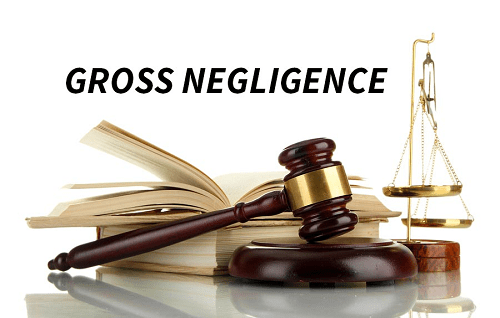 On April 11,2015, Deborah Lansky entered into a written contract with Protection One Alarm Monitoring Inc., which was to provide alarm monitoring services for her apartment in Memphis, Tenn. Full disclosure: I have had the honor of representing Protection One in many cases around the country in my career.

The contract contained various terms – including a limitation of liability provision limiting damages available to Lansky to the agreed amount of $250.

On June 23, 2017, Ms. Lansky set her alarm before leaving her apartment. While she was gone, a burglar broke into the apartment; and although the alarm was activated and a signal sent to the monitoring station, Ms. Lansky alleged that Protection One (now ADT) failed to notify the police, apartment complex, and other proper authorities.

Instead, according to the Ms. Lansky, the alarm operator merely left a voicemail message on Ms. Lansky’s telephone, asking her to return their call. Surveillance video recorded inside Ms. Lansky’s apartment showed that the burglar removed the alarm system, found Ms. Lansky’s safe, and stole personal property allegedly worth approximately $100,000.

On Oct. 12, 2017, Ms. Lansky sued Protection One for this loss – alleging breach of contract, negligence (including gross negligence), and detrimental reliance. The case is a matter of public record and is known as Deborah Lansky v. Protection One Alarm Monitoring Inc., in the U.S. District Court for the Western District of Tennessee (Case Number 2:17-cv-02883-SHM-dkv).

When Negligence Outweighs Limitation of Liability

In Tennessee, like most states, parties may contract to limit their liability for ordinary negligence by capping damages at a fixed amount. Lansky and Protection One did this when they agreed to limit damages against each other to $250; however, such limitations are generally not enforceable in favor of a party who has committed gross negligence or willful misconduct. That was the central inquiry in this case.

Lansky alleged that the operator’s failure to notify police of the break-in constituted gross negligence. Generally, to prevail on such a claim, a plaintiff must prove ordinary negligence and must then prove that the defendant acted with a reckless disregard for the rights of others and a conscious indifference to the consequences.

To support this claim, Ms. Lansky offered a post-discovery affidavit (not a good legal tactic) which made the following assertments in support of her claim for gross negligence. In her own written words:

Unfortunately for Ms. Lansky, U.S. District Judge Samuel H. Mays, Jr., characterized these statements as “bare legal conclusions” and ruled them insufficient to bypass the limitation of liability in the parties’ contract. In particular, the court held that Lansky demonstrated no evidence establishing that Protection One showed a “conscious indifference to consequences,” or that Protection One’s conduct was a gross deviation from the applicable standard of care. For these and related reasons, in June 2018, the court dismissed Ms. Lansky’s claims and ruled in favor of Protection One.

I wrote about this decision because the case serves as simple reminder that there is a substantial and legally significant difference between negligence and gross negligence that could have implications for your business. In fact, these legal concepts are particularly important in the security industry, where the enforceability of limiting conditions in alarm service contracts can hinge on the degree of negligence alleged/proved by the injured party – in this case, Ms. Lansky.

However, absent additional evidence, and absent expert testimony on the standard of care – something Ms. Lansky did not offer the court – Ms. Lansky and her lawyer could not meet their burden of proof and could not escape the limitation in the contract.

Accordingly, Ms. Lansky was left without a meaningful remedy for her loss – except her own insurance, which is something the Protection One contract likely required her to have in the first place.

Timothy J. Pastore, Esq., is a Partner in the New York law firm of Duval & Stachenfeld LLP (www.dsllp.com), where he is the Chair of the Security Systems and Cybersecurity Practice Groups. Before entering private practice, Mr. Pastore was an officer and Judge Advocate General (JAG) in the U.S. Air Force and a Special Assistant U.S. Attorney with the U.S. Department of Justice. Reach him at (212) 692-5982 or by e-mail at tpastore@dsllp.com