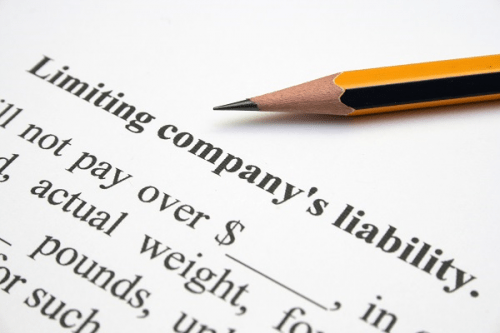 It was a big case: A company was at risk, and the damages were substantial, more than $5 million. It was a fire in a very large mansion with highly valuable contents – a total loss.

The plaintiff alleged the alarm company was liable based on several theories, including faulty installation, service and monitoring. Luckily, the company had its “go-to” legal counsel defending the case: let’s call him “Jim” (wink, wink). “Jim” wanted to do everything he could do to defend his client. The enforceability of the limitation of liability provision in the governing alarm service contract was among the many issues in the case.

In summary, a limitation of liability provision in a security services contract seeks to allocate the risk of loss to the security subscriber and its insurer by limiting the maximum liability of the security provider – even in the case of its own negligence. The amount of the limitation varies, but can be as low as $250.

Courts around the country have upheld such provisions (although they do not always enforce them) on the theory that the subscriber and its insurer are in the best position to manage the risk of loss. Security providers are not insurers and do not (or should not) value their services based on the value of the property being protected. Thus, the mansion that is worth $5 million generally should be charged the same monthly alarm monitoring fee as a $100,000 house in the neighboring town.

Among the issues courts consider when evaluating such limiting provisions is whether they are substantively unconscionable – meaning unduly one-sided, oppressive and/or the result of unequal bargaining power. It is this bargaining power issue that is of interest here.

Some of my clients are multi-billion dollar companies. Often, they contract with residential customers or small businesses. The perception is that the bargaining power is vastly unequal; however, this is not correct.

Obviously, the market for security services is very competitive – prospective customers genuinely have meaningful choices in the marketplace. They need not contract with a particular company over another, or they could decide not to purchase the service at all.

Under this premise, there is parity in the bargaining power of the company (which wants to sell the service) and the customer (who has a meaningful choice to buy the service elsewhere or not at all). Nevertheless, I guide my clients not to rest on this alone.

Now, back to “Jim” (wink, wink) and his defense of that $5 million fire case. He dedicated substantial time and effort to preparing his witnesses for depositions and shared with them his theories of the defense – some factual and others legal.

In preparing the key corporate witness for a deposition in the litigation, Jim highlighted the limitation of liability provision. This included a discussion of the part of the contract which stated that, for a higher monthly fee, the company would consider an increase in the limitation amount. The witness seemed to grasp the issue or so Jim thought. Here is the relevant testimony:

Plaintiff’s Counsel: “I refer your attention to the portion of the contract which states ‘subscriber may, as a matter of right, obtain from the company, a higher limit of liability (by paying an additional amount for the increase in such limit of liability), but the additional obligation shall in no way be interpreted to hold the company as an insurer.’ Was it the company’s practice to negotiate this with the subscriber if the subscriber requested a higher limit?”

Witness: “I don’t think we would ever negotiate that.”

At this point, attorney “Jim” almost fell out of his seat! This was a bad answer – and an inaccurate one relative to the company’s actual approach. However, this was the witness’ earnest understanding and he did his best in the deposition. The case was resolved very favorably for the company anyway.

The lesson here is that companies seeking to enforce limiting conditions in any contract should remember that it is in their interest to accommodate at least a discussion with a customer on the terms of such contract. This does not mean that the company has to cede to the demands of the customer or agree necessarily to amend the terms of the contract; however, a systematic unwillingness to negotiate the terms of a contract – even a form contract – risks that the contract or certain of its terms (such as a limitation of liability) may not be enforceable. This is a short-sighted approach and not good for your company.

So, make “Jim” happy and be intelligent about how you handle the issue of bargaining power in the contracting process. If you don’t, your company may suffer, and “Jim” may again fall out of his chair!

Tim Pastore is a Partner in the New York law firm of Duval & Stachenfeld LLP (www.dsllp.com), where he is the Chair of the Security Systems and Real Estate Cybersecurity Practice Groups. Before entering private practice, Mr. Pastore was an officer and Judge Advocate General (JAG) in the U.S. Air Force and a Special Assistant U.S. Attorney with the U.S. Department of Justice. Reach him at (212) 692-5982 or by e-mail at tpastore@dsllp.com.

Timothy J. Pastore is a former military and federal prosecutor who is the Chair of the Security Systems Group and Real Estate Cybersecurity Group at Duval & Stachenfeld LLP – a leading commercial real estate boutique of approximately 70 lawyers in New York City. The firm is known as the “Pure Play in Real Estate Law” because all of its practice areas are focused around real estate – including its electronic security practice.