Legal Brief: Education is the Solution for False Alarm Reduction 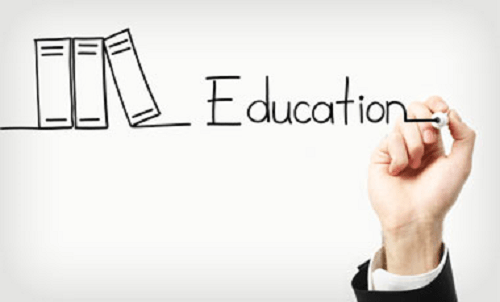 By offering classes and instruction for end-users, municipalities, industry associations and especially integrators can make a significant impact on the problem

Freddy Forgetful lives with his wife Franny in a beautiful three-story home in Law & Order Land. His home is equipped with a sophisticated security system – which Freddy and Franny both use regularly.

Robert Rulemaker also lives in Law & Order Land; in fact, he is the Chief of Police. Robert is a diligent professional and a great police officer. He loves Law & Order Land and wants to do everything he can to keep it safe. He also values fiscal responsibility and tries to manage the taxpayer resources entrusted to his department responsibly and efficiently.

Robert and his fellow police officers work well with the private security industry. Rather than antagonize alarm companies, he prefers to partner with them; nevertheless, he is concerned about the impact of false alarms on Law & Order Land. He is actively looking for opportunities to lessen their impact on his police force and the community.

Because of people like Freddy and Franny, Robert Rulemaker petitioned his colleagues on the city council to amend the city alarm ordinance. Rather than punish the alarm company for the errors of its subscribers, the Law & Order Land city council mandated false alarm fees for alarm users; however, Robert Rulemaker did something else – he offered a free false alarm class intended to educate people like Freddy and Franny on the impact of false alarms and how to prevent them.

In the real world, municipalities across the country have adopted a similar approach. Some mandate false alarm classes for repeat offenders; others give the users the opportunity to mitigate their false alarm fees by taking a class. Here are how four municipalities deal with the issue:

San Raphael, Calif.: Under a new policy, the city will charge a $50 fine when police respond to a false alarm, and the fine will increase to $100 for a second offense within one year – $150 for a third, $200 for a fourth and $250 for additional offenses. There will be no fine if police respond to an alarm triggered by criminal activity. The city intends to create an “alarm user awareness class” that would give participants a $50 credit toward paying violation fees.

Mesa, Ari.: The Mesa Police Department Alarm Enforcement Unit offers free Alarm Awareness classes. The class focuses on how to prevent false alarms, alarm system basics and maintenance, police officer response information, and a review of the alarm ordinance. A $50 waiver certificate can be applied toward an assessment; however, the waiver can only be used towards a false alarm fee and used only once per permit year.

Seattle: Seattle charges alarm companies for false alarm fees, but city officials acknowledge that those fees are often passed on to customers. The city offers free false alarm workshops for all residents and business owners. Attending a workshop enables a resident or business owner who had a false alarm to receive a “one-time waiver” from the corresponding false alarm fee.

Industry organizations are also hard at work to enhance user awareness. For example, the Monitoring Association (TMA) and the Security Industry Alarm Coalition (SIAC) have created a course to help their member companies educate end-users on how to use alarm systems responsibly.

Citing studies that suggest that alarm user error – not equipment failure – is the main cause of false alarms, these organizations offer a course intended to review how alarm systems work and what customers can do to avoid mistakes that cause false alarms.

I applaud TMA and SIAC for these initiatives; however, the challenge that they face is marketing this course to end-users. Municipalities have an advantage, because they can induce end-users to participate in alarm education classes with the promise of reduced false alarm fines. TMA and SIAC do not boast direct relationships with end users, so this inducement is not available to them.

Integrators: The Key to Customer Education

TMA and SIAC member companies – the security and alarm providers – do have direct relationships with end-users. To help reduce false alarms, and to promote and protect the public-private partnership between law enforcement and private security, your company should offer end-users these educational opportunities and even credits on their monitoring fees if they attend false alarm awareness classes.

Just like municipalities and industry organizations, alarm companies have a deep interest in reducing false alarms. Investing in this problem and encouraging customer awareness through direct financial incentives will help the industry, your business and the community.

With any luck, you may even help convert Freddy and Franny Forgetful into Allan and Annie Aware.

Timothy J. Pastore, Esq., is a Partner in the New York office of Saul Ewing Arnstein & Lehr LLP (www.saul.com), where he is the Chair of the Security Systems Practice Group. Before entering private practice, Mr. Pastore was an officer and Judge Advocate General (JAG) in the U.S. Air Force and a Special Assistant U.S. Attorney with the U.S. Department of Justice. Reach him at (212) 980-7204 or by e-mail at timothy.pastore@saul.com.