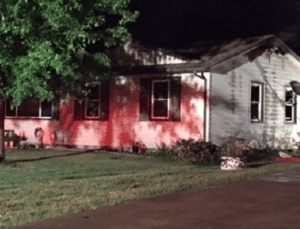 A lawsuit alleges that security services company ADT received alarms at a burning Topeka home with a woman inside but didn’t alert authorities about the fire.

Security services company ADT received alarms at a burning Topeka home with a woman inside but didn’t alert authorities about the deadly fire, according to a lawsuit.

The wrongful death lawsuit was filed Wednesday on behalf of Elizabeth Frost’s child, who is a minor. Frost, 36, died of carbon monoxide poisoning from inhaling smoke and soot inside her burning home in August 2016, the Kansas City Star reported .

ADT received two alarms regarding the fire, the lawsuit said. But the company didn’t alert officers and “inexplicably … fully cleared” the incident about an hour before first responders pulled Frost’s body from the home, according to the lawsuit.

The suit accuses ADT of negligence, fraud, deception and breaching the Kansas Consumer Protection Act and its agreement with Frost. It seeks damages for Frost’s pain prior to her death and subsequent medical expenses, as well as damages for the loss suffered by Frost’s child.

Firefighters didn’t respond to Frost’s home until city employees noticed the fire and called 911. ADT received the first alarm for a broken glass window about 90 minutes earlier. The second alarm was received two minutes later for a failure of the home system’s main keypad, according to the lawsuit.

ADT has declined to comment to The Associated Press citing pending litigation.