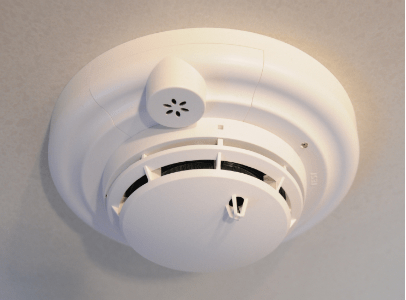 According to recent testing, multisensor detection has the potential to reduce the number of false alarms by up to nearly 40%.

Until recently, standard fire detectors relied on a single sensor to detect the presence of heat or smoke to determine if there was a nearby fire. As many homeowners and facility managers can attest, single sensor technology can be prone to false alarms, often related to cooking or smoking indoors. False alarms aren’t necessarily a bad thing (better safe than sorry), but they can be a nuisance to building occupants.

In fact, the National Fire Protection Association (NFPA)says that false alarms are the reason many people disconnect their detectors, which only puts building occupants in more danger if an actual fire occurs.

These safety concerns, along with the drive to detect other environmental hazards like carbon monoxide (CO), helped lead to the development of multisensor detection technology. According to recent testing, multisensor detection has the potential to reduce the number of false alarms up to 38%, while also keeping occupants safe from the invisible, scent-free threat of CO.

Alarms that are triggered falsely are typically caused by temporary non-threatening circumstances, while actual fire events typically develop with increasing levels of smoke and heat that do not dissipate. There are many activities that can generate false alarms.

Conversely, some fires can provide additional confusion for single-detection sensors. Building materials such as medium density fiberboard (MDF) and flame-retardant polyurethane (PU) foam can produce heat with very little smoke, while some thermoplastic polymers generate a great deal of smoke without much heat. These types of conditions can be confusing to single-sensor detectors and encourage false alarms.

Unlike single-sensor technology — which typically uses an optical sensor to detect smoke or heat — multisensor technology deploys a series of algorithms to accurately combine signals from each sensor and correctly warn occupants of the existence of fire. The sensors used in multisensor detectors are not new, but rather the combination of them in a unified package allows for greater accuracy in fire detection.

There are a variety of approaches to multisensor detection technology. The baseline technology offers a lower detection sensitivity to reduce false alarms, which is a basic enhancement in the detector’s response to smoke.

Other, more sophisticated systems rely on a combination of complex algorithms to analyze heat and smoke signatures, sometimes using multiple sensors to identify and, subsequently, rule out non-threatening environmental conditions that can lead to false alarms.

Advancements inside the detection device chamber can also help to reduce the number of false alarms. Optical chamber screens help prevent insects from entering the chamber, which can trigger false alarms. A fully-coated thermistor can also help withstand dust collection and contamination while circuit boards can be treated to resist moisture and discourage false activation.

For faster response to an actual fire, antistatic material and unique coating properties on the surface of the chamber allows smoke to enter the device as quickly as possible.

Recent testing of multisensor detectors and single-sensor optical detectors included a series of repeatable tests where the detectors were exposed to aerosol, short-term dust, water mist, cooking food and burning toast. There were several grades of multi-detector sensors that were tested — each labeled basic, intermediate or advanced — based on the level of sophistication in their algorithms.

While all the multisensor detectors had a higher tolerance for non-threatening conditions compared to the single-sensor detectors, the intermediate and advanced systems performed with the highest degree of tolerance.

In turn, the multisensor detectors responded 60 seconds before the toast ignited. The toast test demonstrates how multisensors allow occupants to intervene before a real fire event is present, while remaining sensitive enough to respond prior to an actual fire.

There are several major changes to standards related to fire detection. These updates are in reaction to multiple requests for better performing sensors/detectors in the North American market to improve occupant safety.

Some of the updates to the new standard were based on research conducted by UL for the National Fire Protection Research Foundation. Findings show that fire dynamics in a home have changed over the past few decades.

Newer and lighter construction materials as well as the increasing popularity of open layouts translate into fires that burn hotter and faster. These new conditions have shown to reduce escape times from an average of 17 minutes to only three to four minutes.

The tests are conducted in an environmentally-controlled setting that manages humidity, air pressure and thermal equilibrium — essential elements to assure consistency. Testing for the 250 technical updates will be consolidated into about 50 lab tests to help smoke alarm manufacturers test the quality and effectiveness of their products.

In addition, NFPA 72 made several updates in 2019. One key change is that as of Jan. 1, 2022, NFPA 72 will require all newly installed household smoke alarms to meet listing specifications to distinguish between smoke generated by routine cooking and smoke generated by potentially more serious sources, such as a furniture fire. This change will increase demand for multisensor detectors in residential spaces. 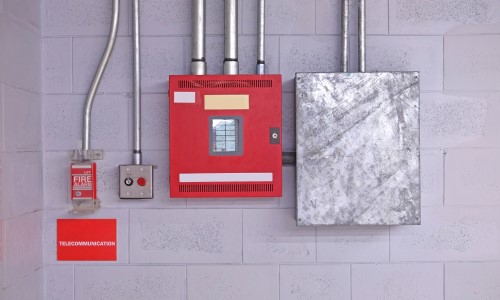 There is a wide-range of multisensor detectors on the market. Selection is largely dependent on the application as well as the types of materials in the space. Because there are countless variables involved in accurately detecting a fire in its early stages, precise algorithms should be designed to optimize sensor response.

Triple-sensing technology monitors heat, smoke and CO levels to accurately determine the presence and severity of fire. This type of sensor is ideal for residential spaces where false alarms can be triggered by shower steam or light kitchen smoke.

Some multisensor detectors allow end-users to alter the devices sensitivity to heat, CO and smoke depending on the application risk as well as time of day. These sensors dynamically react to the environmental conditions to determine the optimum detection sensitivity at all times.

Having various modes of operation also allows multisensors to simultaneously operate as a high-performance optical detector, heat detector and CO detector. Each detector can be programmed with different alarms for precise verification, while eliminating the need for multiple devices.

Large multiuse commercial buildings can be challenging to find fire detection solutions to optimally protect each type of space while limiting false alarms. Multisensor detectors can be configured in a variety of ways to offer application-specific protection based on occupancy and risk. If the conditions of a space change, the algorithms can be changed without requiring a new sensor.

Bi-products created during the manufacturing process, such as dust and other debris, account for the majority of false alarms in plants. One solution to this challenge is using a detector that offers both day and night modes. Lowering the sensitivity levels to smoke or dust when the plant is in operation helps prevent false alarms and can be heightened when the building is unoccupied and at greater risk.

False alarms in hotels and dormitories, where steam from showers can create false alarms, can be frustrating for guests and lead to dissatisfied customers. Multisensors that offer the ability to lower the sensitivity to steam, yet remain highly sensitive to smoke caused by a smoldering fire is an ideal solution for these applications.

Related: How to Cut False Alarms With Audio as a Secondary Verification Source

While multisensor technology can help reduce the number of false alarms, it is important they receive scheduled maintenance and testing to ensure optimal performance. Some detectors offer self-monitoring and self-testing functionality.

Self-monitoring can help detect a variety of faults in the heat, CO and smoke sensors, while the self-testing feature artificially simulates fire conditions within the chamber allowing the detecting sensors to react as if there was an actual fire.

Detectors should be cleaned regularly to remove any dust particles, insects or other debris that can collect in the in the chamber. Smoke detector service companies offer schedule service, maintenance and testing of equipment for enhanced system reliability. Frequency of service is dependent on the environmental conditions in the area the detectors are protecting.

Building occupants who have become indifferent to smoke alarms or have disabled their detectors due to nuisance alarms are at risk of losing both property and lives. Multisensor devices provide true value, convenience and peace of mind to building owners, residents and occupants.