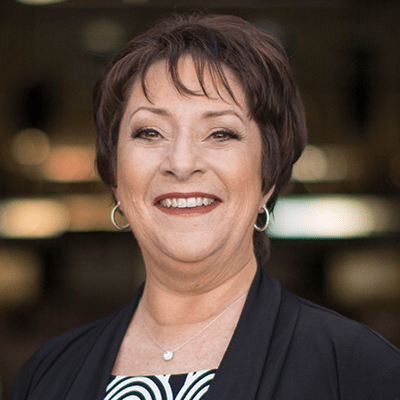 Kathleen Schraufnagel has been selected as the 2018 TBFAA Person of the Year. As in years past the selection is made by a committee of past winners and the TBFAA Executive Director.

Kathleen was selected for her long term service to TBFAA and her industry involvement with a multitude of industry associations.  She will formally receive the award at the Roast & Toast Dinner as a part of the TBFAA Convention to be held in Austin in October.

She began her involvement with TBFAA in 1992. Over the years she has served as Secretary, False Alarm Reduction Chair, Newsletter Editor and Convention Chair.  She is currently a Regional Director and Co-Chair of Convention Committee.

Schraugnagel began her career in the security industry with Brink’s Home Security in 1991. During her 20 years with Brink’s, she held a number of positions and eventually became their Industry Relations Liaison. She then joined Monitronics and became co-chair of the ASAP to PSAP Outreach Committee.

For over 20 years, Schraufnagel has been active in many local, state and national security industry associations and has held numerous committee and board positions in each. She is currently the Vice President of the North Texas Alarm Association (NTAA), Secretary for the National Electronic Security Alliance (NESA), and a member of the IQ Board of Directors. Additionally, she sits on the Government Relations, Legislative Coalition, and National Companies Committees for the Electronic Security Association (ESA), and is a member of the Alarm Industry Communications Committee (AICC).

A career highlight was her appointment to a multi-association “Think Tank” formed in the late 1990’s that spent four years researching and implementing new false alarm reduction measures nationwide, including what is now known as Enhanced Call Verification (ECV) along with many elements included in the ANSI SIA CP-01 control panel standard and the CSAA CS-V-01 central station standard. The “Think Tank” eventually evolved into the present-day Security Industry Alarm Coalition (SIAC).

Schraufnagel has a long history of working closely with law enforcement and other government agencies in regard to creating and revising ordinances and helping to craft security industry licensing and alarm management legislation. She has taught Understanding Alarms classes for police academies and training centers, as well as helped to conduct alarm user schools in conjunction with different law enforcement agencies and the Texas Crime Prevention Association.

Kathleen current serves as NMC Dealer Relations Manager where she oversees the day to day operations of the monitoring center working closely with the operations and training management and assist the sales representatives in onboarding new business. she also represents NMC in several industry associations and actively works with teams from various local, state and national groups monitoring ordinances and legislation having an impact on the security industry regarding licensing, telecommunications and security alarm consumers.