Is it law yet? See how far some of the top bills have made it in the Texas Legislature

Is it law yet? See how far some of the top bills have made it in the Texas Legislature

Texas lawmakers filed thousands of bills during the 2021 legislative session. Here is the status of some of the most-talked-about bills.

Texas lawmakers filed thousands of bills during the 2021 legislative session, from bills that would place new restrictions on voting to others that would label parents as child abusers for allowing their children to receive some types of gender-affirming medical treatment, like hormone therapy. Most of the bills won’t become law. Lawmakers will spend the final weeks before the session ends on May 31 trying to push through their priorities. If their bills fail, they still might try to revive them as amendments to other legislation.

Here’s how the legislative process works: 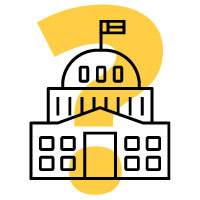 Bills are proposed in the House or Senate and must be approved by both chambers. A conference committee reconciles any differences.

Next, bills go to Gov. Greg Abbott, who has until June 20 to decide whether to sign or veto.

If Abbott doesn’t sign or veto a bill, it automatically becomes a law. Most new laws take effect Aug. 30.

Some measures fail before they get out of the Legislature by missing a key deadline. Abbott can also veto a bill.

Here’s a look at the status of 17 bills:

Senate Bill 7, the GOP’s priority voting bill, is as an expansive bill that would touch nearly the entire voting process, including provisions to limit early voting hours, curtail local voting options and further tighten voting-by-mail, among several other provisions. It was negotiated behind closed doors over the last week after the House and Senate passed significantly different versions of the legislation and pulled from each chamber’s version of the bill. The bill also came back with a series of additional voting rule changes, including a new ID requirement for mail-in ballots, that weren’t part of previous debates on the bill. Read more

This bill would ban the teaching of critical race theory in Texas schools and limit what public school students can be taught about the United States’ history of subjugating people of color. A similar measure introduced in the Senate is also moving in the Legislature. Read more

HB 20: Sent to conference committee on May 27

The House’s priority bail bill was recently overhauled to match the Senate’s version. The legislation would keep more people accused or previously convicted of violent crimes in jail before trial unless they can post cash bonds. It would also bar many charitable organizations — which paid for the release of anti-police brutality protesters last year — from posting bond for those accused or previously convicted of violent crimes. Read more

This measure, which has failed in past sessions, would allow people to carry handguns in Texas without a concealed handgun license. Read more

The one must-pass piece of legislation this session, Senate Bill 1 is the state budget for the 2022-23 biennium. Lawmakers entered the session expecting to make major cuts, but financial forecasts have improved in recent months. Read more

This conservative-backed bill would require any professional sports teams with contracts with the state government to play the national anthem before the start of a game. Read more

This measure would aim to incentivize the expansion of broadband internet access to areas across the state through the creation of the State Broadband Development Office, which would award grants, low-­interest loans and other incentives to build out broadband access. Read more

This measure would ban abortion in Texas if Roe v. Wade were overturned by the U.S. Supreme Court. Read more

Protecting churches from closure during disasters

This measure would ban public officials from closing churches or other places of worship during a disaster declaration. Read more

This bill doesn’t specify a time frame but would ban abortions after a fetal heartbeat can be detected, which proponents say can be as early as six weeks. The measure would be enforced by private citizens empowered to sue abortion providers and others who help someone get an abortion after six weeks, for example, by driving them to an abortion clinic. Read more

This measure would prohibit health care providers and physicians from performing gender-confirmation surgery or prescribing, administering or supplying puberty blockers or hormone treatment to anyone younger than 18. Read more

A conservative priority, this bill would ban local governments from using taxpayer dollars to lobby the state. Read more

Pushed by Lt. Gov. Dan Patrick in response to the perception that social media companies are discriminating against conservatives, this bill would prohibit social media companies with at least 100 million monthly users from blocking, banning, demonetizing or discriminating against users based on their viewpoint or their location within Texas. Read more

This measure would create a new statewide court of appeals that would hear cases that have statewide significance — including ones that challenge state laws or the Constitution, or when the state or its agencies are sued. Currently, those cases are heard by the 3rd Court of Appeals based in Austin, whose judges are Democrats. Read more