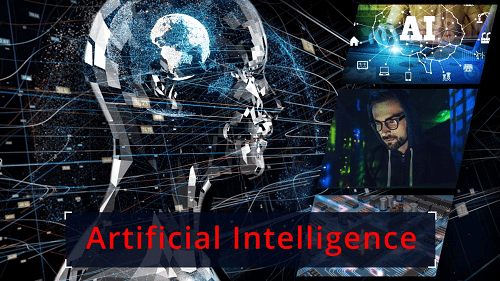 4.18.19- YARMOUTH, Maine—The potential for artificial intelligence (AI) within security is both exciting and a little frightening, as there are benefits and risks when leveraging the power of AI and machine learning. This month’s news poll gauges where we are today with AI in security and what the future holds for this technology.

When asked if they think the concept of AI is being over-hyped and over-promised in security today, most respondents agreed, with 34 saying “yes” and 38 percent saying “somewhat,” and the remaining 28 percent saying the tech is not being overhyped.

“I believe companies are using the phrase AI as a sales feature but not really leveraging it like it is in other sectors,” said one respondent. “In the video market I believe there is good headway being made and facial recognition, search by face and smart analytics has been making good progress. However, in the rest of the security field I have yet to see a good actionable application of AI.”

What is most interesting, though, is the majority of respondents feel there is potential for the use of AI within security, with an overwhelming 91 percent saying “yes,” and the remaining 9 percent saying, “someday, but not just yet.”

“The use of AI in Security will just continue to expand as more and more applications are written,” noted one respondent. “AI is a necessary and important ingredient in securing facilities in the 21st Century. It will be a huge workforce multiplier.”

Although human interaction will be crucial, “the ability to manage multiple incidence with less people will be beneficial and make it less burdensome by helping reducing human error,” said one respondent.

Another added, “AI can be extremely effective in security provided standards and best practices are developed early. Advancement in analytics, response engines and SaaS applications could all benefit from concentration and development.”

When asked how long it will take for AI to be leveraged within security, the majority of respondents feel it will happen “within the next few years,” while 19 percent said, “we are still 5-10 years out” and 3 percent saying they “don’t see it happening.”

“AI is still very new technology. However, as with all technology lately, it will progress very quickly,” said one respondent. “I still remember a college computer programming professor stating that voice recognition would ‘never’ be possible. There are too many inflections within the human voice for computers to recognize. How short sighted or narrow-minded was that coming from a college professor? The potentials of AI are still being discovered and will not be fully realized for several years. I believe it is I believe it is still a little early to be promoting AI as strongly as it is being promoted.”

As most agree, AI has a place in security today and in the future. But, as one respondent pointed out, “Degrees in Security must include training in basic systems management and attendance to at least one major security conference (like ASIS or ICS West).”