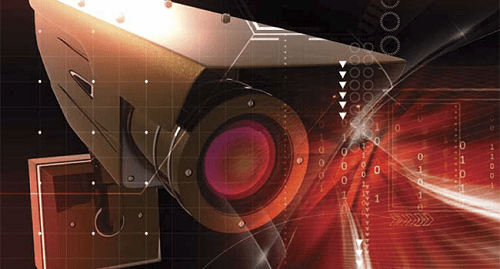 Video surveillance management is becoming increasingly sophisticated in terms of operational capabilities, including the type and scope of analytics available. From retail to banking to transportation, security managers are using surveillance to catch criminals, analyze traffic flow, gather valuable marketing insights and much more.

Historically, video data was stored on servers where much of the video content was analyzed. Increasingly, companies are storing he video data in the camera, or “on the edge,” and using the camera’s own processing power to develop the analytic metadata. This has several advantages as it removes the dependency on expensive additional servers while improving analytic accuracy. Since the processing is working on the “original/uncompressed” video data, bandwidth usage on the network is reduced.

Moving to the Cloud

Storage of surveillance video is starting to migrate to the cloud. This began in the residential market and is now becoming popular in the commercial sector. Today cloud storage is ideal for smaller applications such as retail stores or fast-food franchises where owners do not want the upfront costs or ongoing maintenance of an on-premise server. It also allows multi-site owners to review all their video, analytics and/or dashboard data from one central location.

There are two distinct benefits to cloud connectivity. The first is storage and second is the centralized management of video and data dashboards. Cloud surveillance offers multiple subscription service opportunities, including selectable recording durations/frame rates and resolution (by camera) as well as health dashboards and video analytics applications paid on a monthly basis. There are also hybrid options that use a migration path for customers that offer the benefit of both local and cloud storage.

As the industry has matured along the internet protocol (IP) path, the resolution of cameras has improved as well. Cameras that are to three megapixels (MP) are considered standard resolution. Higher resolution cameras that range from five MP to 20 MP deliver many benefits including greater clarity and higher image quality. These advancements can be used with live images, where one high-resolution camera can cover the same visual area of two or three lower resolution cameras.

For cameras in applications such as sports stadiums, dome cameras can pick out individuals at even greater distances with exceptional clarity. Higher resolutions are also important for playback. For example, when an incident has occurred the operator can zoom into the image to obtain greater detail at a distance.

Recovering Video after a Network Failure

Networks can be vulnerable. When a network goes down, so does the video. However, some cameras allow video to be recorded directly onto the camera’s Secure Digital (SD) card during a network failure. This process is ideal for “brown outs,” when the network is only down for a short amount of time. If the system is down for days, some video will be lost.

When connectivity is re-established, the recorded video trickles back to the network video recorders and is placed seamlessly into video storage at the correct date and time. However, all the video cannot be transmitted at the same time, since this would prevent “live” video from being stored. The stored video is transferred from the SD card to the server alongside the live video. The process takes a little longer, but it ensures no video is lost.

Since the days of analog surveillance, the industry has added a polycarbonate-type cover (bubble) around dome cameras. In the early days of IP megapixel cameras, the adverse effect of the bubble was negligible. However, as the resolution of cameras has improved, the quality of the bubble cover cannot keep pace.

After removing the bubble, the megapixel resolution sensors are not hindered and can deliver superior resolution and image quality. The elimination of the bubble has other positive effects. For example, sports stadiums often combine artificial and natural light, which can catch the sides of camera bubbles creating reflections and glares that obscure images. In addition, when dome cameras have built-in infrared illuminators, they are free from any possibility of internal reflection.

By using built-in illuminators, there is a huge saving with respect to installation, operational and environmental costs. Since the illuminators are built-in and continually following the camera’s field, the requirement for separate illuminators (more lamps, external wiring, time and cost) will be eliminated.

Beyond the issue of illumination as it pertains to camera bubbles, surveillance equipment often has a limited visual field that stops at the horizon. Historically, the middle of the lens has been the clearest area for capturing video. For example, if you place a mini-dome camera on a wall looking down a corridor, due to the nature of the lens it is possible to have blind spots if the camera can only tilt up to the horizon.

However, advancements in lens capabilities are allowing cameras to see clearly even above the horizon. When looking up a high street in a town center with a pan, tilt and zoom lens, many objects will appear just above the horizon and can be clearly seen since they are not obstructed by the edge of the bubble.

The bubble on most dome cameras is not totally spherical. Toward the edge, it flattens out before it enters the housing. At this point, the distance can change between the lens and bubble and can impact the focus of the camera.

We see things because light reflects off objects into our eyes—and surveillance cameras are no different. At night, when there is less light to be reflected, the camera will switch from color to monochrome mode. It takes much less light to create a monochrome image than a color image projecting hundreds of variations. To further improve the situation, cameras can integrate several frames together, capturing more light from the same scene and creating a clearer image at night.

Color rendition or color matching is important when identifying or following a suspect. The color seen in a surveillance camera’s image must be the same as what the human eye sees. Capturing true color in bright sunlight is relatively easy. However, capturing multiple types of light levels and light sources experienced during a 24-hour period takes great skill. Innovative engineering has given some cameras the ability to ensure the colors are a precise match.

Many features and functions on a camera are programmed for an optimal setting at the time of installation and then typically left until the next service call or customer request. This setting may be ideal most of the time, but because the environment the camera works in changes on a constant basis, it is not completely reliable. New technology allows cameras to automatically adjust “white balance” to maintain the optimum image quality 24/7 without the need for operator interaction.

Machine learning capabilities are currently being added to video management systems and network video recorders to take the rich data obtained by IP cameras and translate it into actionable intelligence. We are starting to see technology that allows video surveillance tools to differentiate between objects and people as well as being able to configure themselves based on a scene’s requirements.

While video surveillance and its integration with the Internet of Things (IOT) are currently focused on residential spaces, it is now making its way into commercial applications as a part of building enterprise management. A surveillance camera is a sensor that creates data, and its optical sensors create huge potential for commercial buildings, including heating, lighting, HVAC, parking, etc. This data can be fed into the building management system to help facility managers, operation managers, HR managers and others maintain a building at peak performance.