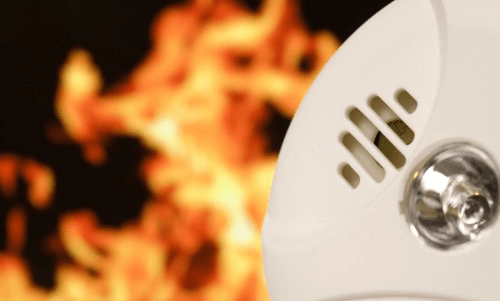 This month I’m going to touch on a range of topics, generally related to the busy calendar during the past year and going into 2019 as it relates to codes and standards.

In this realm there’s been plenty to follow and discuss, so to get you up to date on the latest impending and potential changes affecting the fire alarm industry let’s get started.

As of August, work on the 2019 edition concluded with the NFPA Standards Council releasing the document for publication. I’ll review the significant changes between the 2016 and 2019 editions in upcoming columns.

The largest one is the folding of the former NFPA 720 into NFPA 72. This means that going forward, one would use NFPA 72 when designing, installing or testing a CO detection system or alarm.

Public inputs (aka proposals) are now being accepted for the 2022 edition. The committees will meet in July 2019 for the first draft meetings.

This is in line with the schedule that the NFPA now follows, whereby the second draft meeting will be the following year (2020) and the document comes up for a final vote at the 2021 NFPA Annual Meeting.

If you have any suggested changes to NFPA 72, now is the time to start thinking about preparing and sending them in. The closing date for public inputs is June 26, 2019, which may seem like a long way off but will be here before you know it.

While NFPA 720 is no longer being published by the NFPA, the Standard Council has received a Project Initiation Request for the development of a new standard to create requirements for fuel gases detection.

More specifically, this standard would “… be established for the selection, installation, operation, and maintenance of fuel gases warning equipment.”

If this request is approved then there would either be a new document, such as a NFPA 721, or the requirements would be added to NFPA 72.

The NFPA is asking for public comments to be submitted regarding this no later than Feb. 1, 2019. As NFPA 720 has just been closed out, it really doesn’t make sense to produce a new document that would in some areas be a duplication of 720.

If the Standards Council accepts this request, the project should be handed over to the Correlating Committee on Signaling Systems for the Protection of Life and Property for inclusion within NFPA 72. There is already within 72, Section 17.10, Gas Detection, which could serve as the foundation.

The International Code Council (ICC) is moving ahead with the promulgation of the next edition of the IFC. The final hearing took place in October in Richmond, Va., and the final governmental voting will have been completed by the time you read this.

There were a number of changes related to fire alarm systems. As soon as the final votes have been tallied I will provide an overview of these adjustments.

Though work on the IFC has been completed for several years, attention is just now being turned to the International Existing Building Code.

I’ve been told that there may be some new language added to this document related to fire alarms and perhaps security. This code will be in cycle in 2019.

These documents are all mid-cycle. The first draft meetings have concluded and work completed to date will be released for public review and comment in March. Public comments will be due by early June. Of interest in these documents will be additions related to security.

As we are all painfully aware, the term active shooter has become part of the regular vocabulary. There are several proposed changes related including how to secure a building from an active shooter or other individuals who wish to bring harm, while at the same time maintain safety from fire.

How should exit and entry doors be secured? Should manual pull stations be removed? There are a number or task groups addressing these and other questions for the development of comments to these three documents for their next editions.

The Code Making Panel for the 2020 edition recently concluded. The letter ballots still need to be sent out for the second draft meeting but the final public discussion on this code will take place in June 2019 at the NFPA Annual Meeting in San Antonio.

While I’m certain there were a number of changes made throughout the document, the alterations made to Article 760, “Fire Alarm Systems,” were minimal.