How & Why Ener-Tel’s New Owner Is Growing Its Footprint

When integrator Ener-Tel was purchased — by one of its customers — it started down a path of expansion. 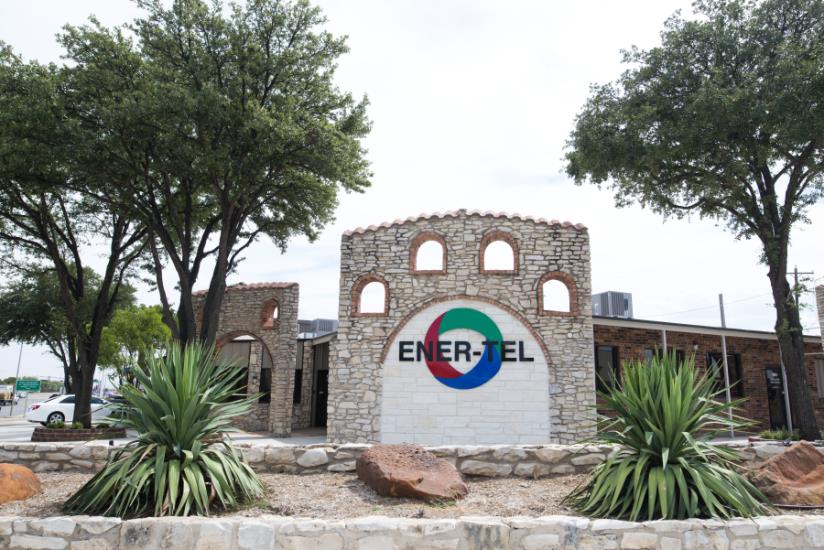 Ener-Tel recently changed locations, moving from an industrial part of the city to one of the highest traffic areas in San Angelo in order to be more visible to potential customers.

Ener-Tel Services, based in San Angelo, Texas, started in 1984 as an automation controls company for heating and cooling units, explains General Sales Manager Ron Pullen. “The owner also did a lot of work for Verizon, so the ‘Ener’ is for energy management and the ‘tel’ is for telco. We started off as an energy management company and grew into all the other categories like fire, CCTV, access control, home and business security, and fire alarm and sprinkler. We do residential, light commercial and have a commercial group that does the integration side, talking to architects and engineers.”

While the company had certainly grown over the years, it took new leadership to move Ener-Tel to new heights. The company was purchased in March 2017 and by 2018 debuted on both the SDM Top Systems Integrators Report at No. 69, and on the SDM 100 at No. 99.

Ener-Tel had put quite a bit of effort into growing its residential/light commercial side and the RMR model in recent years, Pullen says. “We had grown substantially in that area, which was our goal. Everyone in the business wants to grow that revenue.”

But the real breakthrough for the business was when a former customer decided to buy the company.

The new owner is Scott Wisniewski, who owns several short-term loan companies called Western Shamrock. “He had 330 retail locations that we monitor for him all over the country,” Pullen says. “When the original owner opted to look into selling he liked the idea of selling to a local business person that could really take the company and grow it to new levels…. Scott was a former customer of mine who had been watching the security business and was intrigued by the RMR model and potential growth in our industry.”

While the original owner had pushed for the residential growth, he hadn’t been as interested in growing regionally. That all changed with Wisniewski, Pullen says. “We now have a footprint that is much bigger and have added about 25 new positions since the purchase. We are looking forward to the next area of growth. We just got into the sprinkler testing business, for example.”

New ownership has changed Ener-Tel in several important ways, Pullen says. “He has made us more accountable and put us into growth mode. We were kind of in status quo before; now we have added a court security division. In Texas $3 of every traffic ticket goes into a fund that has to go to security. We call on them all over the state. We are also very active in pursuing school districts. Those two vertical markets have been very strong for us.”

The company also changed locations to be more visible. “We moved from a very industrial part of San Angelo to one of the highest traffic areas,” Pullen says. “Phase two will be to build an operations building and maintenance vehicle building in the same location we are in.”

Ener-Tel also put in place a new referral program to grow the business by word of mouth. “We have a referral packet that we deliver three or four days after a system has been installed, both for residential and commercial customers. It explains everything we do from audio/video to cameras, fire alarms, PERS, etc. We give them a certificate that entitles them to a month of free monitoring for every customer they refer. That has been very successful.”

In fact, it is increasingly common for Ener-Tel to work for the same customer on both the residential and commercial side. “Our business source of customers is our referrals. That comes from knowing people and being active in the community.”

All of this is just the beginning, Pullen says. “Scott has big plans to grow into all the adjoining states, all the states around Texas.”