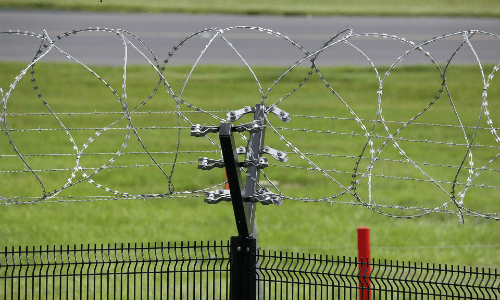 A radar’s long detection range allows security personnel to be alerted to an approaching intruder before the suspect reaches the perimeter.

Thermal cameras can be an optimal match to radar’s long detection range, allowing personnel to be alerted before a suspect reaches the perimeter.

Redundant systems provide backup for main components or resources in scenarios where they may fail or underperform. If one component of a system malfunctions, another can ideally come to the rescue, keeping the performance of the overall system at a prime operational level.

These radio waves can penetrate moderate weather conditions, such as rain and fog, as well as moderate density foliage, allowing them to see through common obstacles. Radars provide near constant coverage as they scan a property 360° every one to two seconds.

Targets can be detected several miles away, even when there are several active targets moving. A radar’s long detection range allows security personnel to be alerted to an approaching intruder before the suspect reaches the perimeter of an airport, power plant or other remote site. Although a radar quickly detects potential threats, an image is often needed to confirm the alert, and thermal cameras can be an optimal match to the radar’s long range.

Traditional surveillance cameras dependent on visible light can have difficulty producing clear images at night over long distances, particularly in adverse weather conditions. Other factors common in outdoor settings, such as intense sun reflection or strong backlighting, can also cause a visual camera to produce unsuitable images. 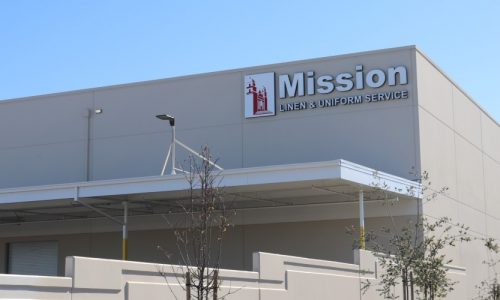 An advantage of thermal cameras is that they produce images based on radiated heat rather than reflected light. All living things and inanimate objects emit some degree of heat naturally, making them apparent to thermal imagers, even if the human eye (or visible spectrum cameras) may not be able to perceive them.

By relying on this emitted heat, thermal cameras yield images with greater scene detail in many challenging conditions, similar to those often encountered in perimeter protection applications. Thermal cameras are a 24/7 monitoring solution, not reliant on external light or favorable conditions.

Detection ranges of one kilometer or more are not uncommon with thermal cameras, making them an effective pairing with radars. Similar to radar, thermal cameras can see through moderate weather and foliage to detect intruders.

By integrating thermal cameras with radar, users improve target tracking and alarm verification. When a radar detects a human on the premises, a thermal camera is automatically guided to the same area, zooming into the exact location so that the operator can see and track the individual at all times.

Another benefit of the thermal-radar pairing is that each solution backs up the other’s conclusion. Having both thermal and radar perspectives of the event helps operators prioritize events and response accordingly.

Being able to detect movement and generate images even in challenging weather and environmental conditions makes the thermal-radar combination best suited for monitoring of critical sites and assets. Users find that they receive better continuity of monitoring when using these technologies together, as they can both provide data to operators in scenarios where traditional video cameras and analytics fail.

While thermal cameras and radar are high-performing solutions for detection, a complete and comprehensive perimeter solution becomes a defense-in-depth strategy, and will include high-resolution visible cameras.

The addition of HD and 4K cameras allows operators to not only detect but also identify intruders that have approached the perimeter or interior assets, providing heightened situational awareness. By leveraging visible cameras with thermal cameras and radar, an operator not only knows an intruder’s path, but also the individual’s identity.

A total perimeter solution must also include a strong video management system that provides tight integration among detection technologies and streamlines real-time response for crime deterrence.

When a radar or thermal camera with analytics detects an intruder, a robust video management system (VMS) will have a dynamic GIS (geographic information system) map display of all sensors and alarms for global awareness. An advanced VMS will have a rules-based engine that enables a variety of event triggers such as flashing bright spotlights to disorient an intruder.

Additionally, connection between a VMS and two-way audio devices allows a control room operator to issue a stern verbal warning to an intruder. If the suspect refuses to follow directives, the operator can initiate a lockdown through the VMS to contain the suspect in one area while dispatching police officers for backup.

Together, these technologies deliver a powerful solution that truly realizes the perimeter protection strategy to detect, deter, deny, delay and defend.