How Do Break-ins Affect Your Bottom Line? 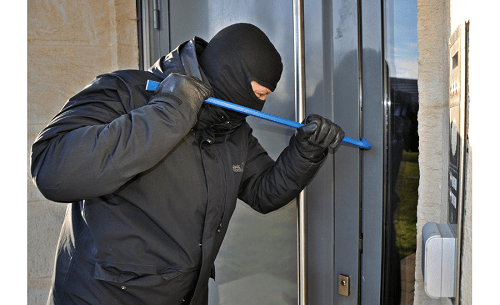 According to the FBI’s annual report Crime in the United States,

Break-ins happen every day. For example, two men cut their way through a roof into a Target department store in Smithfield, R.I., in October 2017, pried  open an ATM inside the store and stole more than $14,000, then cut through a wall into a CVS Pharmacy located inside the store, broke open a locked cabinet holding controlled substances and stole a prescription package of Oxycodone. The two men then fled to the roof of the store.

Security and safety issues can end the viability of a company. The costs of fines, direct expenses and any resulting lawsuits can often be too much when a company has a security incident due to a break-in. Burglars often enter a facility with the intent to steal merchandise and goods, but sometimes, employees will become hurt or injured in the process. In addition, productivity can be lost when other workers and managers have to stop doing their job to deal with the situation.

There is a lot at risk when a company fails to implement a successful and thorough security system, and some companies will never recover from the blow. Companies that take the time and use company resources to make sure that the people who come to work each day are safe are the ones who will continue to turn a profit. In addition, when employees feel safe in the workplace and absenteeism rates are kept down, they can focus on serving the company’s customers properly. The right security door hardware products can help to mitigate the risk of a break-in, which can also help to increase your company’s bottom line.