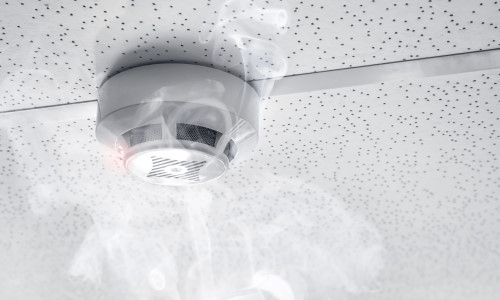 Fire-safety expert Shane Clary traveled to the U.K to attend Interflam 2019, where he examined an academic study on the causes of false fire alarms.

Summer is a great time to visit England and during the first week in July I got to attend Interflam 2019, which was held at the Royal Holloway University of London in Egham, U.K.

This conference is held every three years, and this year attracted more than 400 delegates representing about 50 countries. Over a hundred papers were presented during the three days.

There was one paper I found particularly interesting because it covered a topic that I’ve been involved with for years: the cause and reduction of unwanted or false alarms. This has been identified as a concern by the International Association of Fire Chiefs and has been examined by the National Fire Protection Association (NFPA) Fire Protection Research Foundation, the Automatic Fire Alarm Association and The Monitoring Association (TMA).

These studies have looked at this issue here in the United States. However, it’s not just a problem within the United States. The research paper, “The Performance of Multi-Sensor Detectors to Fire and False Alarm Sources,” was presented by Raman Chagger of BRE Global, a firm that bills itself as “an independent, third-party approvals organization, offering certification of products, services and systems to an international market.”

This paper provided the results of two studies that have been conducted within the United Kingdom, and tests that were conducted based in part from these reports. The first was conducted by Kings College London and the Buckinghamshire & Milton Keynes Fire Authority and the second by the Scottish Fire and Rescue Service.

The paper and the studies identified a number of sources of unwanted alarms:

In addition, alarms were also found to be caused by the smoke detector being faulty; the system not being placed into a test or out-of-service mode prior to a test; poor maintenance of the system; and other unknown reasons.

These causes parallel the causes of unwanted alarms within the United States. Though no data was presented at the conference, I would speculate that these would also overlap as causes in other countries as well.

NFPA 72, “National Fire Alarm and Signaling Code,” advises the designer and installer of an automatic fire alarm system to not place smoke detectors within an environment that may be prone to cause an unwanted alarm to occur.

NFPA 72, however, does not provide any direct provisions as how to prevent these events. A provision within Chapter 17, Initiating Devices, says the location of smoke detectors shall be based on an evaluation of potential ambient sources of smoke, moisture, dust or fumes and electrical or mechanical influences.

NFPA 72 also allows the use of alarm verification, in which a detector must sense the products of combustion twice within a set period, but only if permitted by the authority having jurisdiction (AHJ). The concern is with the possible delay.

Combination, multicriteria and multisensor smoke detectors are addressed within 72. Regarding multisensor detectors, 72 does state that these are a solution to reduce unwanted alarms; the criteria for their use would be found within the manufacturers’ instructions.

In his paper Chagger examines the findings from the two aforementioned studies on the causes of unwanted alarms. From this data, fire tests were conducted looking at five of the identified causes of unwanted alarms — aerosol, short term dust, water mist and two forms of cooking — within the Kings College and Scottish Fire and Rescue Service reports.

NFPA 72 currently does not break out multisensor detectors to these levels. The results of the tests conducted using all three detector types within the five identified sources of unwanted alarms showed that while on overage they did operate after a single-technology optical detector, they were less prone to be activated by a false source.

Chagger offered a couple of conclusions:

So while there is a delay in the initial response of a possible fire by up to 40-60 seconds, the likelihood of an activation by an unwanted source is reduced. The question that remains unresolved is: what is an acceptable delay in response to an actual fire so as to reduce unwanted alarms? More studies must be conducted.