Here are the bills we’re watching during Maryland’s 2020 … 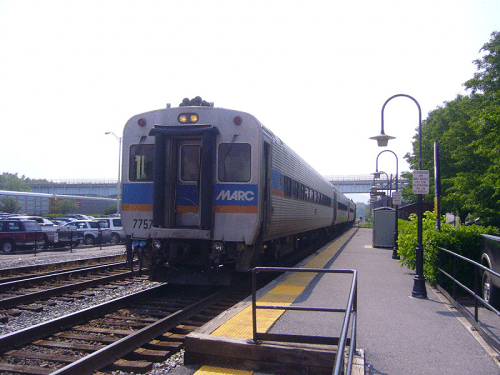 A MARC train by Phil Hollenback licensed under Creative Commons.

The 2020 Maryland legislative session is set to be one of the state’s most momentous and impactful in recent memory. And that’s really saying something, given that within the last decade the Maryland General Assembly has passed legislation that raised the minimum wage in most industries to $15 per hour, abolished the death penalty, and strengthening of gun control.

I wrote about the major issues facing Maryland in 2020 in regards to transportation, land use, climate change, and education. How will that translate into legislation?

Technically, Maryland Delegates and Senators can introduce legislation at any point during the General Assembly’s 90-day session. In practice, however, the earlier a bill gets introduced, the better its chances are of surviving the push and pull of the legislative process and actually making its way to the Governor’s desk.

That’s why many legislators tend to “prefile” bills before the actual official start of the session. This process involves submitting bills to the agency responsible for reviewing prospective legislation and ensuring its compliance with existing law, the Maryland Department of Legislative Services, and requesting before November 20 of the previous year (December 10 immediately preceding a state election year) that they prepare the bill to be introduced when the session begins.

That means we can actually already get a pretty good idea of which bills will be important during the coming session, especially when it comes to the key topics of transportation, education, housing and land use, and sustainability and the environment.

This is by no means a complete list of all or even most of the important bills being filed in Maryland this year, not least of all because many of those bills either haven’t been officially filed yet or will change dramatically if and when they reach the House and Senate floors for a full vote. But with all that in mind, here are some of the most important bills to watch out for in Maryland in 2020.

Transportation just might be the most hot-button issue of the 2020 Maryland legislative session this side of education. Among the transit and transportation bills sure to draw discussion this year is HB 56, introduced by Steven Arentz (R-Kent, Queen Anne’s, Cecil, and Caroline), which calls for an advisory group and traffic study on the ongoing reconstruction of the Chesapeake Bay Bridge, a project which resulted last fall in severe traffic delays and a great deal of outcry on both sides of the bridge.

There’s the Transit Safety & Investment Act, to be introduced by Del. Brooke Lierman (D-Baltimore City), which provides “additional annual capital funding” to ensure that the MTA can actually keep its buses, trains, and various other assets in a state of good repair, modernize said assets, and help meet the approximately $2 billion funding gap revealed by the agency’s Capital Needs Inventory earlier this year.

Sen. Brian Feldman (D-Montgomery) and Del. Marc Korman (D-Montgomery) are introducing alterations to the Maryland Metro/Transit Funding Act, whose passage last year finally helped create a dedicated multi-state funding source for WMATA, including a provision to remove one of the operating subsidy caps.

Korman is set to introduce three critical bills. The Electric Bus Transition Act aims to do pretty much what it says on the tin to Maryland’s approximately 800-bus fleet. The Pedestrian Access Act is supposed to help strengthen and formalize the rules the State Highway Administration has set to provide pedestrian access around construction sites along state roads.

The Transportation Carbon Fund Act, addresses the spending of revenues from programs the state sets up under the Transportation & Climate Initiative, the multi-state compact aimed at reducing transportation-related carbon emissions which Maryland joined last year. Also expect some legislation to address planning and funding gaps for Maryland’s MARC commuter rail system from Solomon.

Finally, don’t overlook smaller, more regional transit and transportation-related bills either. Because of A: the relatively limited spending resources of most Maryland cities, towns, and villages, B: the large amounts of unincorporated areas in Maryland, including all of Howard and Baltimore Counties, and C: the power of state agencies like the SHA and Maryland Transit Administration over Maryland’s highways and roads and the buses and cars which use them, many of the slightest tweaks and changes to the layouts and speed limits of those roads actually technically come through state legislation or at least funds secured by state legislators.

For example, Solomon’s priorities this year include funding for pedestrian improvements to the Montgomery Hills and Glenmont sections of Georgia Avenue, parts of Connecticut Avenue, and parts of Wisconsin Avenue and Korman has and will continue to work on securing funding for similar improvements to Old Georgetown Road.

Housing and Land Use

The big story in housing when it comes to Annapolis is probably Delegate Vaughn Stewart (D-Montgomery)’s ambitious legislative package, “Homes For All.” The package, which Stewart announced on January 3 as part of a “12 Days of Bills” series of announcements setting out his agenda for the coming session, actually consists of three different bills: the Social Housing Act, which calls for solving Maryland’s affordable housing supply problem by financing thousands of affordable homes much like Vienna, Austria, the Tenant Protection Act, a renter’s rights bill, which aims to “make it easier for tenants to break their leases, confront harassment, defend themselves in court, recover their security deposits, and organize with their neighbors into tenants’ associations”, and the Modest Home Choices Act, which is supposed to “legalize the construction of modest homes in neighborhoods close to affluent schools, reliable transit, and good jobs.”

Also expect to see a bill banning housing voucher discrimination by session’s end, the HOME, or Housing Opportunities Made Equal Act, to be introduced by Lierman.

Sustainability and the Environment

There are several notable bills on these subjects in Annapolis this year. One of them is a prohibition on releasing a balloon into the atmosphere, which bans intentional balloon releases in Maryland and issues a $250 fine to violators of said ban. This bill is actually a good example of “cross-filing”, which is when one or more Senators and one or more Delegates simultaneously introduce identical versions of the same bill in their respective chambers.

Part of the reason this legislation was able to find such a wide range of sponsors, both geographically and politically, is the fact that many of the balloons restricted by the bill have been found by and caused damage to animals all over the Eastern Shore and Southern Maryland, including the world-famous wild horses of Assateague Island.

At least two of the other major developments expected on the environmental matters and sustainability fronts this session haven’t officially been filed yet. Among them is an update to last year’s Clean Energy Jobs Act, which requires at least 50% of Maryland’s energy “portfolio” to come from renewable sources by 2030. That bill drew criticism from some environmental groups for including incinerators and “black liquor” produced by paper mills in its definition of renewable energy. One of the main sources of black liquor in the state was the Luke paper mill in Allegany County, which was shut down last summer after 131 years of production so expect a slightly different discussion over this year’s energy bill compared to last year.

The other is a statewide ban on the distribution of plastic bags by stores, which Lierman has said she will introduce at some point this session as part of the Plastics and Packaging Reduction Act. This follows similar “bag bans” passed last year by Carroll County’s seat, Westminster, Howard County, and Baltimore City (whose ban was actually signed into law Monday at the National Aquarium).

According to a poll conducted by Goucher College back in September, a whopping 77% of Marylanders didn’t know anything about the work of the Kirwan Commission, the task force charged over the past three years with coming up with ways to radically transform the state’s public schools and their academic competitiveness.

But, between now and the end of the 2020 General legislative session April 6, it might well be impossible to stand in a single hallway, elevator, or office lounge in Annapolis without hearing the word “Kirwan” at least once every hour. The quest to finalize the funding models for the Kirwan Commission’s recommendations, especially without jeopardizing the financial stability of places like Baltimore City and Prince George’s County, and the separate but very much interconnected issue of increasing funding for school construction throughout the state, has already inspired intense debate, intense “dark money” opposition from Gov. Larry Hogan and his supporters, and intense opposition to that financial opposition in the form of protests from teachers’ unions and educational groups.

As Delegate Jared Solomon (D-Montgomery) put it, “They’re House Bill 1 and House Bill 2 for a reason.” More specifically, HB1, sponsored by Speaker Adrienne Jones (D-Baltimore County), House Appropriations Committee Chair Maggie McIntosh (D-Baltimore City), Delegate Kathleen Dumais (D-Montgomery), and Delegate Michael A. Jackson (D-Calvert and Prince George’s), is the Built to Learn Act of 2020, which would provide an extra $2.2 for school construction and/or renovation projects throughout the state. HB2, not yet officially filed with the Department of Legislative Services, would cover the findings of the Kirwan Commission.

Don’t sleep on a slightly less high-profile but no less important piece of legislation prefiled before the start of session by Sen. Arthur Ellis (D-Charles), the Construction of Sidewalks and Crosswalks-Safe Alternative Routes to Public School Act (Not all of these bills have catchy titles). Ellis’ legislation would require all Maryland counties to construct sidewalks and crosswalks deemed “necessary” to “create safe alternative routes for public school students who are ineligible for transportation services based on the distance between a residence and the school,” a common problem in many areas of the state, especially Baltimore City. The bill is set for a hearing from the Senate Education, Health, and Public Affairs Committee at 1 pm on Jan. 22.

Stay tuned for more reporting on these and many other bills and issues passing through Maryland and Virginia’s 2020 legislative session.