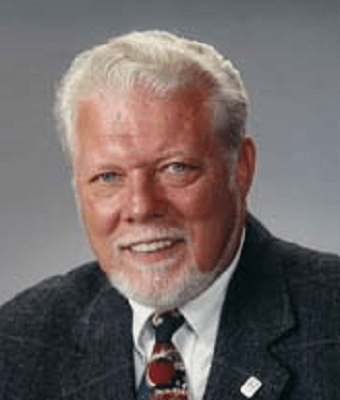 Henry L. Homrighaus, Jr. was a naval veteran, Security Industry Expert for over 46 years, avid hunter and fisherman. To his sons and grandchildren we have lost the patriarch of our family. The words of wisdom, compassion for others, lessons on friendship, sense of humor and love for his family and friends will be greatly missed.

Henry L. Homrighaus, Jr. is a career security industry veteran with a wealth of experience derived from military, law enforcement and security industry involvement. He is an acknowledged leader and frequently consulted in areas of research, legislation, and litigation.

Henry has been published in many of the security trade journals and is an acknowledge authority in marketing and sales. He was a published author and his book entitled “A Primer on Electronic Security for Schools, Universities & Institutions” is rapidly becoming a resource in educational security. He is a consultant to schools, universities, and institutions in the design and deployment of large scale security integration projects.

At the time of his death Henry, as owner of ProSecCon, Inc, consulted with security companies, industry manufacturers, school districts, universities, and private enterprise using his experience to guide them to appropriate solutions by addressing their particular concerns. He also served as an expert witness to insurance companies, attorneys, and security companies.

Henry was a member of the American Society of Industrial Security, The National Fire Prevention Association, and The American College of Forensic Examiners International earning the CHS-V designation in Homeland Security.

The Homrighaus Family would like to recognize Grace Carr for her loving support of our father for the last three years of his life.