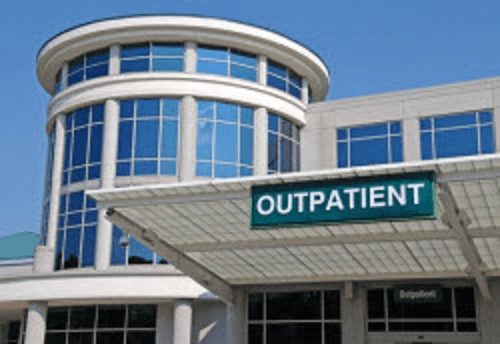 The owners of a new outpatient clinic have been told by their local fire chief to have a manual fire alarm system installed in accordance with the ICC for their use group. The planned clinic has a B-Business Occupancy classification, with a maximum occupant load of 39 persons.

It is not an “ambulatory care facility” – as the plans specifically show on the title page that no one will be rendered “unable to self-rescue.” This catchy phrase means that patients may be given a local anesthetic, but no one may be sedated.

Now, skip to the unhappy electrical contractor who thought he had this job in the bag and called to ask me to design a system meeting the requirements of the building/fire code under the section for business occupancies.

I asked how many smoke detectors I should add and suggested nine as a starting minimum. He said the customer only wanted the minimum, and I said, “That’s easy, they don’t need anything” – and I referred the contractor to the minimum requirements for a B-Business occupancy as regulated by the building code under 907.2.2:

A manual fire alarm system shall be installed in Group B occupancies where one of the following conditions exists:

1. The combined Group B occupant load of all floors is 500 or more.

2. The Group B occupant load is more than 100 persons above or below the lowest level of exit discharge.

By code, since there should be no more than 39 occupants at any one time, the business should not be seen as anything different than a small corner store or a large gas station, and the minimum requirement, in fact, did not call for a manual fire alarm system at all.

“Yes”, the contractor said, “but it is a medical facility with patients and stuff!” I explained that a B-Business occupancy is defined by law and that you can’t just make up rules as you go.

When this revelation was communicated to the doctors who owned the planned facility, they questioned the fire chief about this B-Business requirement – since the occupant load was only 39 persons and no sedation of patients would, or could, be performed. Suddenly, the manual fire alarm design seemed to be negotiable.

The chief then stated that in lieu of having two manual pull boxes (one for each exit), eight horn-strobes, and nine strobes, he would accept the building having “just one pull and two horn-strobes – one near the front of the building and one near the rear.” He did say he still wanted a “sketch” of the system to be turned in for review.

When I hear this, I become unhappy. At any other time, turning in plan submittals for such a manual fire alarm system – with only two audible-visual appliances – would you get you nothing more than a rejection letter and tons of grief from the owner. This building has at least four rooms inside of other rooms!

Suddenly, the fire chief thinks it is OK to omit ADA-required strobes from all the restrooms as well as patient exam rooms and the waiting room? This is just another case where the local code official is trying to spend the customer’s money, and doing a bad job of it.

This frustration reminded me of how I felt more than 25 years ago, before the industry decided that the training of fire alarm system inspectors, designers and installers would be what was most needed in order to do the most good, with the goal of code-compliant fire alarm installations and increased civilian life safety.

There has been a huge improvement in the level of quality and concern shown by the overwhelming majority of alarm companies that protect people’s lives and property. When was the last time you heard any complaints about trunk-slammers?

Today, I work in a state where there is a requirement to be licensed as a fire alarm installer, to work only for a licensed fire alarm company, and to sell commercial fire alarm systems with plans submitted by a fire alarm designer who is licensed to do so; however, when Captain Joe, excuse me, Captain Joe E.M.T., gets involved (see my March 2019 column at www.securityinfowatch.com/21069404 – it is the same guy) he is setting conditions for the return of trunk-slammers in his jurisdiction – untrained installers who will get friendly with the chief and provide buildings with less than the minimum safety equipment, because their friendly chief thinks that it is OK.

They will be oblivious to the fact that they alone will carry all the liability if/when that chief retires and those ill-designed systems fail to operate properly and someone gets hurt, or worse, dies.

Greg Kessinger has been the fire alarm and codes expert and a regular contributor to Security Business magazine for more than 15 years. Please email him your fire & life safety questions for potential inclusion in this column at greg@firealarm.org.