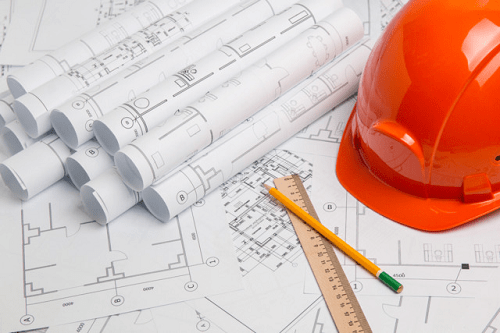 A story of forgotten fire equipment, a showdown with AHJs and a headache for a fire alarm designer and installer

The caller tells me, “I’m ready to scream!”

It was one of my alarm company clients for whom I provide fire alarm system submittals. He was engaged in a deep drama with a building official on what should have been a simple project he picked up from an acquired customer. I asked him to slow down – to back up a bit so he can fill me in as to what was happening. After a few questions and re-starts, we finally get to the root of his problem.

His customer is a business owner who hired an architect to add an expansion to his shop. The customer uses chemicals – stored in vats – in the process of finishing various metal products. The architect, with good intentions, asked the local Fire Chief to come by the shop and take a look at the preliminary plans for a small expansion, into which the sprinkler system would need to be extended.

The building was already equipped with a fire sprinkler system electrically monitored for alarm and supervisory signals. It met code by having one outdoor audible appliance, one manual pull box, and a smoke detector positioned above the addressable control panel. The owner had also decided to add supplemental strobes, horn strobes, heat detectors and manual pull boxes, which the code did not require.

While there, the Chief asked that two smoke detectors be added – one in each of the two rooms of the addition – along with a manual pull box at the addition’s interior door, which is not an actual exit. The Chief explained that the fire department would then know if the alarm first came from one of these two storage rooms as opposed to the general water flow alarm for the whole 15,000 square-foot building. The building owner and architect agreed to the request, and the architect added the three devices to the construction plans. That’s where things got dicey.

Within a week, the architect submitted the plans for the building’s addition – including the sprinkler system extension and the additional smoke detectors and pull box the Fire Chief required to the building department for a permit to begin construction. He indicated on those construction plans that the drawings for the sprinkler and fire system additions would be deferred until later – thus enabling those contracts to be awarded and installed.

The county approved the construction plans and issued a permit. The sprinkler contract was awarded and the sprinkler piping was extended in the building’s addition; however, the smoke detector and pull box were forgotten – that is, until the final inspection by the local building inspector (cue the fan…prepare for the manure). Since the drawing showed two smoke detectors and a manual pull box that were not actually there, the building inspector would not provide a Certificate of Occupancy (manure, meet fan).

No one was there to remind the building inspector that the construction drawings were not reviewed and approved for fire alarm compliance, and thus should not be used for the final inspection. Later, he explained that if it is on the construction drawings, he expects to see it built. Since it showed them on the architect’s plans, the system was required to be installed “as designed” – or the building would not be allowed to open.

The owner and architect’s willingness to add the non-required, supplemental smoke detectors and a pull to the sprinkler monitoring system has now caught up with them. Their quick call to a local alarm company prompts the alarm company owner to decide to be the one to attend to this customer, counting on a great reputation with the local fire department and Chief Building Official (CBO). However, by the time the alarm company owner gets there, the building inspector had already reported the non-compliance back to the CBO, his boss.

The CBO determined that the owner deserved to flunk the final building inspection – but decided to be generous by issuing a temporary occupancy permit and giving the owner four weeks to comply by adding the as-drown supplemental smoke detectors and pull box. Adding to the stress was a project manager who demanded the system be completed that same week – after all it was only two smokes and a pull box!

To further complicate the issue, the original fire installation company had gone out of business, and the business owner had no drawings of his original fire alarm system on record. The city could not find the original, approved plans, but records indicated that this system had been permitted and approved.

The new work still had to be submitted for approval, and in addition, the CBO also wanted assurance that the existing equipment would be compatible with the new smoke detectors and manual pull box – ensuring they would not overload the existing panel.

Here’s how the issue affected each stakeholder and how it was resolved:

The alarm company: The alarm company could have walked away from this client and chosen not to get involved in unnecessary liability for a job that they did not sell or even design; however, being an experienced businessman and wanting to keep his customer – as well as maintaining his good reputation with local officials – the owner stayed the course. He compiled all the necessary information regarding the existing system components and then turned it over to a licensed fire alarm system designer.

The fire alarm designer (that’s me): The plan reviewer hinted he may want the existing system drawn up as part of a new record of drawings to replace the originals that were lost. The fire alarm designer prepared the submittals – including calculations and spec sheets but no drawings – for both the new equipment and for the existing equipment, and indicated that all the components were compatible and compliant.

This work took two weeks, and as of this writing, it is still waiting for approval by the local building department plan reviewer. On the plans, the title block indicated that the layout was provided by the Fire Chief, indicated by name – after all, it was the Chief that specified the type of detection, quantity and locations. This assigned credit never goes over well, but I do it whenever I think an AHJ has overstepped the limits of their authority. Sure, the chemicals were toxic, but adding leak detectors or vapor detection to the fire alarm system would probably be a better choice than smoke detectors in a room storing a non-flammable, corrosive chemical or a water-reactive acid.

The building owner and architect: They chose to submit the plans as described above, and – as of this writing – are waiting to get them approved. If they are, the components should be installed within the four-week temporary permit period. If, for any reason, the plans are not approved and the occupancy permit expires, the owner will instruct the architect to submit revised drawings with the two smokes and pull box removed. This revision must be accepted by the CBO – since they have no basis in code to deny approval.

The CBO: He could have recognized that the additional equipment was, in fact, not required by code and therefore could not be listed as a reason for the owner failing the final inspection.

This regrettable situation could have been avoided at any of several steps in the months leading up to the eventual showdown with inspectors.

First, only qualified, experienced and licensed individuals are permitted to design fire alarm systems. In this case, the building owner, architect and Fire Chief decided they were qualified to perform this function. Additionally, the Fire Chief’s request should have been put in writing for the architect (it wasn’t).

Finally, a knowledgeable inspector would have looked at the documentation showing the devices and recognized that they were not required; as well as known that they had not been reviewed for a fire alarm permit. He would then give the building owner three choices:

In the end, the whole story illustrates the importance of keeping the lines of communication open at all points along the course of a project. In this case, as in the case of many fire alarm jobs, the fire alarm installer is forgotten about and only contacted about new work way late in the game, when dry wall is about to be hung – or worse, when a final inspection is about to scheduled.

Greg Kessinger has been the fire alarm and codes expert and a regular contributor to Security Business magazine for more than 15 years. Please email him your fire & life safety questions for potential inclusion in this column at greg@firealarm.org.