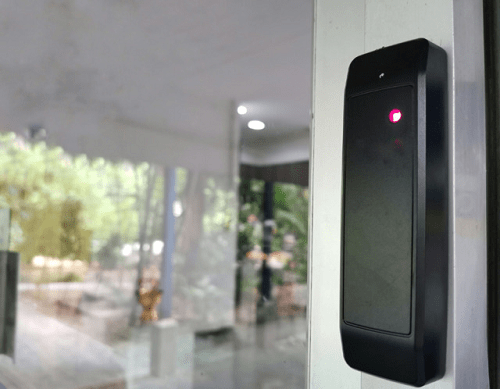 The FiRa Consortium wants to build on the IEEE standard 802.15.4/4z,for low-data-rate wireless connectivity and create an interoperability standard that can be used for access control and other applications.
(PHOTO COURTESY BIGSTOCKPHOTO.COM)

From the evolution of proximity cards and key fobs to the advanced mobile credentials available in the market today, the ultimate goal of the access control industry has been to provide organizations with an increasingly seamless user experience. However, while wireless access control technologies have progressed, many currently available solutions have been unable to deliver on the truly hand-free solution that many in the industry had envisioned years ago. In fact, many solutions still require users to present their phone or credential to a reader or physically interact with the access control system in some way to function properly.

However, that could change if a newly formed coalition of manufacturers has its way in transforming the communications technology embedded in access control technology moving forward. Founded by Assa Abloy, along with NXP Semiconductors, Samsung Electronics and Bosch, the FiRa Consortium seeks to expand the use of Ultra-Wideband (UWB) technology throughout the industry, enabling manufacturers to develop products that would allow individuals to pass through an entrance without physically presenting their credential.

Specifically, FiRa, which stands for “Fine Ranging,” wants to build on the IEEE standard 802.15.4/4z,for low-data-rate wireless connectivity and create an interoperability standard that can be used for access control and other applications, including location-based services and device-to-device services.

“We thought it was a wonderful RF technology that we could liberate to bring in user experience-driven applications to customers of these use cases because, – even though this technology started as a high bitrate communications technology – over the recent past it has evolved more and more to help localize ranging applications,” Ramesh Songukrishnasamy, Director and Treasurer of the FiRa Consortium, says. “From a user experience perspective, we thought this could complement all of the other RF technologies to provide seamless experience for applications like access control.”

Even though UWB technology has been around for a while, Songukrishnasamy, who also serves as SVP and CTO of HID Global, says that a group like the FiRa Consortium is needed to bring it into mainstream and help educate the market about its potential.

“For adoption of (UWB) we need two things: one is a compelling value proposition for the end customers and second is a robust ecosystem of partners from various pedigrees, such as device manufacturers, chipset vendors, etc.” he says. “We thought we could center this consortium on defining standards specifically around interoperability standards and also defining testing and certification specifications and, more importantly, educate the market by adapting and showcasing these technologies in different applications.”

In comparing UWB to something like Wi-Fi, Bluetooth Low Energy (BLE) or Near Field Communications (NFC), Songukrishnasamy says it leverages a broader range of frequency bands which reduces interference and it also consumes much less power.

“It also gives you the ability to determine what is called time of flight. Let’s say you send out a signal to a receiver or transponder and with the response you are able to determine the time when the polling was sent and measure the time when the response was received – using that you can now determine time of flight which basically gives you an idea of distance,” he explains. “Compared to the non-Ultra-Wideband RF technologies, which are predominantly used to determine signal strength where you are or your RF device is… UWB uses more accurate time of flight so it doesn’t have the typical disadvantage of signal strength, which can be prone to attackers that can use relay-based attacks to fool the system by amplifying the signal strength. That’s why UWB is more secure than a more conventional RF technology”

In addition, Songukrishnasamy says the ability of UWB to provide accurate presence detection makes it a powerful solution for a number of access control applications.

“Let’s say you have an electronic lock affixed to your door and you want to unlock the door automatically without someone having to take out a key fob or perform an action on their mobile phone… it makes it a frictionless interaction,” he says. “The technology also lends itself to accurately determining if someone is standing in front of a door or behind the door, so the directional part is built into this UWB protocol.”

One of the main goals of the consortium moving forward, according to Songukrishnasamy, is to create more awareness and education for the security market about UWB technology beginning with a demonstration at next month’s GSX conference in Chicago.

“There we will showcase how this technology works and how it can help address some of the challenges that users face in different scenarios,” he adds. “We truly believe it is a complementing technology with other RF technologies and that’s another aspect of creating more awareness.”