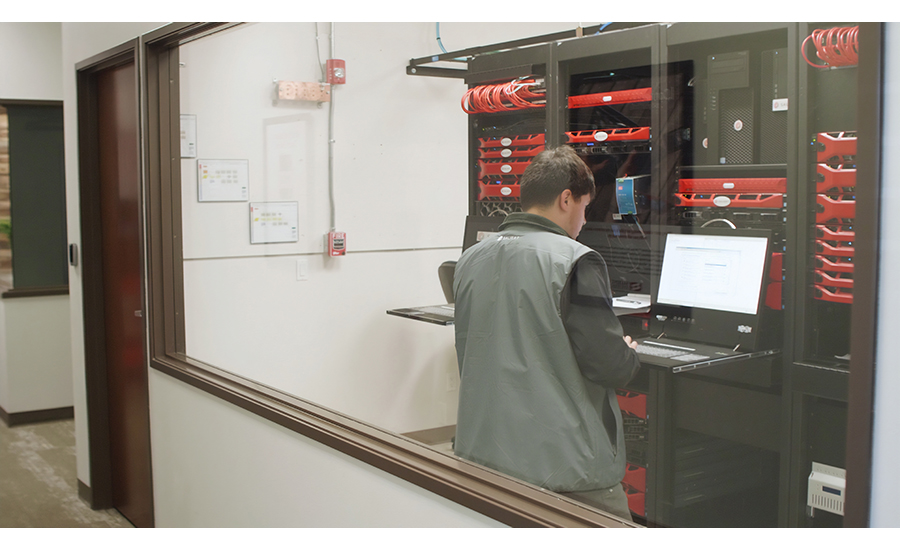 Historically, storage has been a challenge for video system designers and installers, with requirements rising along with camera resolutions. The addition of big data, the Internet of Things (IoT), integrated systems and IT applications to the mix have multiplied storage needs exponentially.

Another thing contributing to increased storage demands is the expanded use of video surveillance for more than just security. Video deployments are growing rapidly because organizations recognize the value of video data for a wide variety of purposes, including operational efficiency, situational awareness, risk mitigation and even marketing and merchandising.

“Right now, video is the most prominent big data application in the world, and these applications are having a direct impact on storage technologies,” says Brandon Reich, vice president of security and IoT, Pivot3, Austin, Texas.

While storage has always been an essential part of any video surveillance system, in today’s market, it is critically important, he adds.

“Since data is so valuable, the process of storing it becomes one of the most important components of a system,” Reich says. “When it comes to video storage, there are myriad ways to save video, but many of these solutions are not designed for the complexities of video surveillance deployments or cannot handle the rapid rate in which video is recorded.”

According to IHS Markit, the global enterprise and IP storage market is projected to grow at a compound annual growth rate of around 24 percent between 2016 and 2021. However, demand for high-resolution images, and the associated storage requirements, have held back overall market growth. The combination of high-resolution cameras becoming more affordable, and growth in data storage in general, have created increased demand for reliable, affordable video storage solutions.

Most storage technologies provide a suitable speed for the needs of video surveillance. The notable exception is tape systems, which may be considered for deployments requiring low-cost, long-term, onsite storage such as some deployments in the cannabis industry, Carle says.

“If real-time access is required, then tape may not be ideal. Accessing archived video on tape may require a manual import process due to the latency associated with robotics accessing a tape which contains the appropriate data,” he says.

The State of Solid-State Drives

Security integrators have long dealt with the unfortunate reality that because most storage solutions employ spinning hard drives (moving parts), they will inevitably fail. When that might happen has been a matter of hoping for the best and planning for the worst.

Solid-state drives (SSD), on the other hand, lack any moving parts and therefore have longer lifecycles. The drawback has been their hefty price tag, which has kept them out of reach for the majority of customers. Their cost has fallen over the last few years but is still too rich for many end users.

“In the 2- to 4-terabyte range, it has become really good in pricing,” says Ramy Ayad, senior product manager, Hanwha Techwin America, Ridgefield Park, N.J. “In video storage, where you need 10-plus terabytes of storage, it’s still on the high side. It’s not where consumers can just easily purchase it from a pricing point of view compared to typical spinning hard drives.”

One application where SSD really shines and is being deployed with more frequency is environments that call for more ruggedized solutions, Ayad says.

One drawback to SSD is their limited write cycles, which could lead to premature failure and/or data loss from constantly erasing data to make room for new data, says Brian Carle of Salient Systems.

“Files such as a VMS database, log file system, or the OS page file can all be of concern and should be moved to normal hard drive media if possible,” he says. “SSD drives do not offer the same advantages for NVRs as they do for consumer-grade systems, namely increasing boot speed and file access performance. NVRs are supposed to boot infrequently and run without interruption, and the functions of an NVR system generally don’t require the type of speed SSDs offer.”

The Rise of AI

Higher resolutions and frame rates mean higher storage requirements. That’s an unavoidable truth that has given rise to a number of innovations, including compression algorithms and deployment of video analytics in an effort to alleviate storage requirements and concerns.

While having onboard analytics capabilities is not new, there is one big change. Built-in artificial intelligence (AI) solutions are becoming capable of ever more complex recognition and analysis with greater accuracy and speed. This allows them to solve problems and suggest potential solutions very quickly, Burton says.

“Video is a complex form of data, and interpreting it requires systems capable of running deep-learning algorithms,” Burton says. “So bringing the power of AI closer to the source of data is important. As data analysis applications shift from being centralized in cloud data centers to being out at the edge, developers are putting AI directly onto the systems that support cameras, video recorders and the video servers in the field.”

New markets for security and surveillance are emerging all the time and often bring with them unique requirements specific to certain industries. From a storage perspective, the emerging marijuana industry is perhaps the most notable of these markets.

“Marijuana farms and cannabis are becoming a new vertical and they require a special retention requirement, which comes into play with video storage, namely the need for longer retention time with the recording devices,” says Ramy Ayad of Hanwha Techwin America.

At present, retention requirements vary from state to state, anywhere from two years to five years. However, it’s what we’re not seeing that could be the biggest concern down the road, meaning security integrators should plan accordingly.

“They don’t really require anything other than retention rate. So they don’t care whether it’s recorded at seven frames or 10 to 15 frames per second, or what the resolution is,” Ayad says. “So far it looks like there’s no real concrete requirement; it’s very loose, and we think it’s going to get a lot firmer as we the progress down the road and in order to meet these longer requirements a lot of different paths can be taken.”

When it comes to choosing a video storage solution, a main factor integrators should consider is the architecture upon which it is built.

There are three primary architectures to draw from: distributed, centralized and hyperconverged.

Distributed storage consists of servers with storage contained within the chassis. This model offers cost and performance benefits, but is not a high-availability solution.

Centralized storage is a server-based system with SAN or scaled network attached storage (NAS), with the benefits being that all servers and storage are in one location, making it easy to service and the solution can be easily scaled. The drawback is the higher price and requirement of a robust network.

The hyperconverged model utilizes servers within the cluster to eliminate any single point of failure. This is the only architecture that can ensure access to the archived video, and like the centralized model, hyperconverged storage can be easily scaled and requires a robust network.

When designing and specifying a system, security integrators should make sure customers know the maximum capacity required to record a system 24/7 at full resolution, what will be necessary to support additional cameras in the future, and how that will be accomplished.

“After the ramifications of capturing everything in real time at full resolution are understood, the integrator has the opportunity to discuss technology that will allow the user to save storage space and bandwidth, such as record on motion, record on schedule and bandwidth throttling,” says Mark Espenschied, director of marketing, Digital Watchdog, Cerritos, Calif. “Just like all your other data, consider what needs to be saved and what is not critical to be retained. With NAS devices and cloud storage you could back up everything forever. But do you need to do that?”