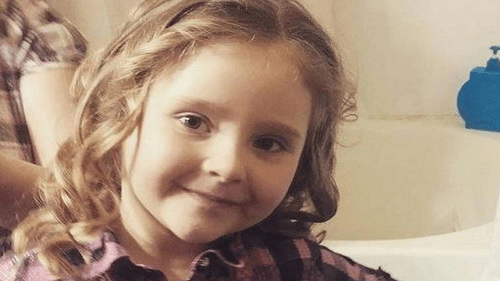 The 5-year-old girl died Feb. 23, 2015, two days after she was caught in a fire that sent her to a hospital in critical condition with second and third-degree burns that covered more than a third of her face and body.

Because of a defective smoke detector at her Independence duplex, Kai-Lynn’s mother couldn’t rescue her, according to a lawsuit she filed against the property and its owners. The girl’s mother and boyfriend moved into the duplex the day before the blaze.

The mother, Tiffanie Burcham, dismissed her wrongful death lawsuit against the owners of Ellis Property last month after she settled for $1.6 million, Nail said. He said he could not comment further on the settlement.

Kai-Lynn was on a sofa in the living room when the fire broke out in the duplex in the 10100 block of East Winner Road. Neighbors broke a front window to pull her out of the home.

Heavy smoke and flames prevented Burcham and her boyfriend from reaching Kai-Lynn. They escaped out a back window.

Before she died, Kai-Lynn was on a ventilator and lost all brain function from swelling caused by fever, relatives previously told The Star. A family member, Kyle Chadwick, said at the time: “She was fighter until the end.”

Burcham sued the owners of the rental property in February 2017, accusing the property of failing to maintain or repair the smoke detectors. A reasonable inspection would have revealed the detector was inoperable, she claimed.

The petition claimed the property owners violated protection regulations in the City of Independence. Those regulations were set forth, the lawsuit said, to prevent the injuries that led to Kai-Lynn’s “agonizing death.”

The defendants and their insurance carriers denied any liability.

Kai-Lynn isn’t the only child to die in a home with faulty or missing smoke detectors.

A 2-year-old boy died in April when fire engulfed a south Kansas City home where no working smoke detectors were found. A fire official at the time said detectors are “a must — they increase your chance of surviving a fire by 50 percent.”

And in June 2018, investigators found no smoke detectors in an Ozarks home where five children died by fire. The mayor of Lebanon, about 45 miles northeast of Springfield, pledged to donate $5,000 to purchase and inspect smoke detectors in the city.

In the duplex where Kai-Lynn lived with her mother, the smoke detector was damaged in the fire. Nail said he was unsure why it did not sound, but whatever the reason, it “should have.”

Nail called on landlords to inspect their property’s smoke detectors, something he called a simple and inexpensive device.

Kai-Lynn’s family lost all of its belongings in the fire. After her daughter’s death, McMullin moved in with relatives. Then she started over with nothing, her attorney said.

“She’s been through a lot,” Nail said. “But if this one tragedy can avoid this happening again, then maybe it wasn’t all for nothing.”

Kai-Lynn McMullin suffered burns over one-third of her body after she was pulled from a burning duplex fire on Saturday in the 10100 block of East Winner Road in Independence. The 5-year-old died Monday.

Luke Nozicka covers local crime and federal courts for The Kansas City Star. Before joining The Star, he covered breaking news and courts for The Des Moines Register.