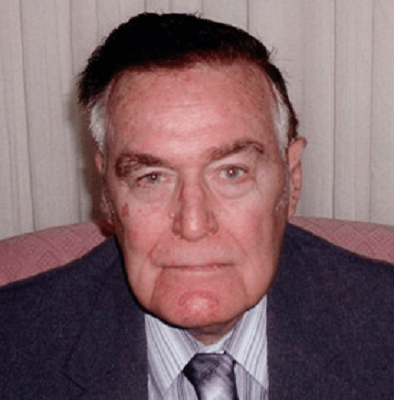 Emil J. Wengel, 88, a retired Air Force colonel who later started a fire and burglar-alarm company, died March 27, 2010 at his home in Strasburg, Va. He had pancreatic cancer.

Col. Wengel, a longtime Annandale Virginia resident, started Wengel Electronics in the mid-1970s. He was a past president of the Virginia Burglar and Fire Alarm Association Virginia Private Security Services Advisory Board. He was a leader in the successful effort to bring alarm industry regulation to Virginia.

He served on the board of the National Burglar and Fire Alarm Association (Now known as Electronic Security Association) and as chairman of their government relations committee for many years, continuing his involvement on the committee until his death, but he also was awarded the Sara E. Jackson Memorial award in 1994 and the Morris F. Weinstock Person of the Year award in 1995

Col. Wengel served as Vice President and Legislative Chair for the National Electronic Security Alliance from 2005 to 2007.

Col. Wengel was born in Oshkosh, Neb., on Oct. 14, 1921. In 1941, he received a bachelor’s in graphics technology from the Wisconsin Art Academy, part of the University of Wisconsin. He joined the United States Air Force in 1943, where he had a long and celebrated career that included serving as the Air Force’s public information officer, pilot for the commander, U.S. ambassador to Korea and the president of Korea, and military advisor to the assistant secretary of defense (public affairs). He also served as Department of Defense on-scene public affairs officer for Operation Homecoming, welcoming home returning POW fighter pilots from Vietnam. As such, he made eight trips to Hanoi and one to Hong Kong to receive the POWs. He retired in 1974 as a military adviser to the assistant secretary of defense for public affairs.

In 1967, he founded Wengel Electronics Inc., which sold telephone answering machines. After retiring from the Air Force, Col. Wengel expanded his business into security, choosing to keep his company small, acquiring new business only through word of mouth. He loved being involved in the security industry and security associations. He loved the travel and the challenge it presented. His wife of 60 years, Myrtle Dickman Wengel, died in 2003.

Col. Wengel was laid to rest with full military honors at Arlington Cemetery in Arlington, Va., on June 11 at 9:00 a.m.