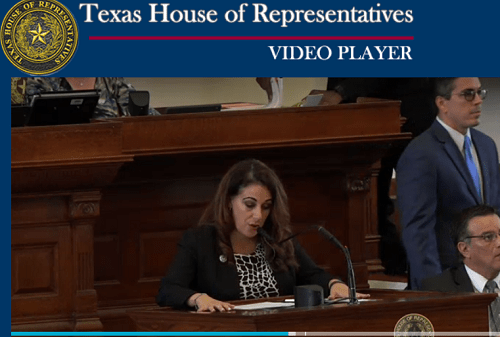 Rep. Calanni presents the amendment to continue regulation of salespeople.

Before the bill was passed, the amendment to continue regulating salespeople was tabled in a close vote of 74-68.  Rep. Calanni made a valiant effort and there was a spirited debate that went on for some time. Rep. Clardy really stepped up with support from the back microphone as did a few other Republicans and Democrats we had contacted. Support came from Representatives Toth, Tinderholt, Biedermann and Goodwin.

On April 16th the bill passed the Senate. Efforts in the Senate and House committees to continue to regulate salespeople also fell short.

It is likely that it will be signed as is and that Sales people will be de-regulated when the bill goes into effect later this year.