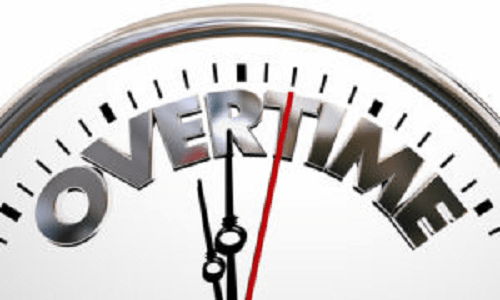 On March 7, the much anticipated overtime rule was released. The U.S. Department of Labor (DOL) has proposed to increase the salary threshold for overtime eligibility under the Fair Labor Standards Act (FLSA) to $35,308 a year ($455 to $679 per week). The proposal does not include automatic adjustments — an option previously under consideration. It is expected to be published in the Federal Register as early as this week.

The proposal raises the salary threshold to $35,308 per year ($679/week) by reverting to the methodology used in the 2004 rule that focused on the 20th percentile of full time wage earners in the lowest income region of the company (identified as the South) as well as the retail industry. The rule does not implement automatic updates, but the proposal seeks comment on conducting regularly scheduled rulemakings to update the salary threshold consistent with the methodology used in this proposal. Additionally, it does not make any changes to the duties test.

Further, the rule would allow employers to include “certain nondiscretionary bonuses and incentive payments (including commissions)” as up to 10 percent of the new $679 per week salary threshold, and would also increase the total annual compensation requirement for highly compensated employees (HCE) from the current $100,000 per year level to $147,414 per year, which is higher than the Obama DOL regulations threshold of $134,004. The DOL maintained the methodology used by the Obama administration for this salary level which resulted in the higher threshold. The DOL also said it intends to propose updates to earnings thresholds at a rate of every four years.

The announcement follows months of speculation in the employment community about an update to overtime requirements, as well as an ill-fated effort by the Obama administration to set an even higher salary threshold of $47,476.

In 2016, a federal judge enjoined the Obama administration’s overtime rule. The appeals process bled into the change in administrations, until the Trump administration’s DOL dropped its defense of the Obama-era rule. But the agency simultaneously asked the 5th U.S. Circuit Court of Appeals to approve the use of a lower threshold because the federal judge who issued the injunction had questioned the legality of any salary threshold whatsoever in his decision.

The proposed threshold, up from the current $23,660, would expand overtime eligibility to more than a million additional U.S. workers, according to the DOL announcement. Once published in the Federal Register, DOL’sNotice of Proposed Rulemaking (NPRM) will be subject to a 60-day public comment period.

Additional information on the proposal is available below: