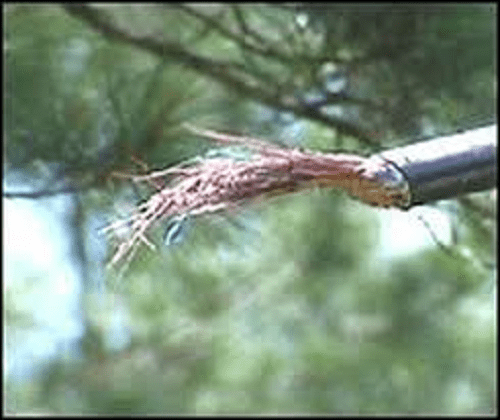 The Craighead County sheriff’s office said an AT&T employee called the department Wednesday after he found 50 feet of wire had gone missing.

He told investigators that customers near Jonesboro along County Roads 928 and 905 have complained about their services not working, according to a sheriff’s office report.

Thieves often take copper because of its high value and because junkyards pay for it.

The report lists under $1,000 in stolen copper.

Investigators haven’t made any arrests as of Thursday, the sheriff’s office said.