In his Alarm Exchange newsletter, Ken Kirschenbaum examines the case of an alarm salesman who lost an appeal to overturn his conviction for shady sales practices. 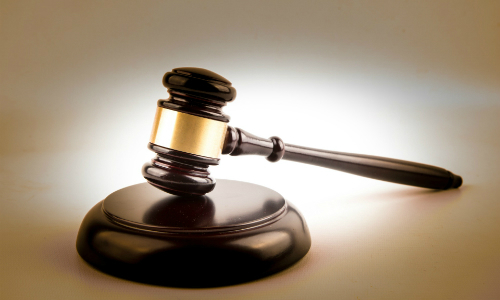 An alarm company salesman in Texas lost is appeal to overturn a 1-year jail term for duping an elderly woman into purchasing a bogus monitoring contract.

Beware to those door-knocking alarm salespeople who misrepresent themselves and prey upon unsuspecting or otherwise vulnerable customers. Your deceptive misdeeds do not always go unpunished.

Consider the case of a convicted alarm company salesman in Texas who has been slapped with a 1-year jail term and fined $4,000 for duping an elderly woman into purchasing a bogus monitoring contract.

In an installment of his Alarm Exchange newsletter, industry attorney Ken Kirschenbaum outlined details about the case in which the salesman appealed his original conviction on factual and technical grounds only to have an appellate court affirm the trial court’s decision.

The story of the salesman’s transgressions is, of course, all too familiar in the alarm industry. But as Kirschenbaum writes, while door-to-door sales tactics can be effective in stimulating sales it is the blatant deceptive business practices that are wholly unacceptable.

“In my opinion, it’s too bad that the company’s sale manager and even company president and owner [weren’t also prosecuted],” states Kirschenbaum, who pens SSI‘s “Legal Briefing” column. “They are the real culprits, probably training the door knocker and letting him loose, not to mention reaping the rewards of his illicit sales tactics and conduct.”

The following are quoted portions from the appellate court decision as presented in the Alarm Exchange newsletter:

The complainant was about 80-years-old at the time of the offense. She had a home security alarm system monitored by Central Security Group. There was a sign in the front of her yard with the name of the company on it.

Appellant was a door-to-door sales representative for Capital Connect, a different home security alarm monitoring company. On the day of the offense, appellant rang the complainant’s doorbell. When the complainant answered, appellant pointed to the sign in the yard and said, “I’m here to update your security.”

Believing that appellant worked for Central, the complainant invited appellant into her home. Appellant told her that installation of new features, such as wireless monitoring, would be “free.” Ultimately, the complainant signed a five-year alarm monitoring agreement with Capital at a higher monthly cost than her previous service with Central.

The complainant initialed next to the statement: “I understand that Capital Connect has not bought, taken over or is in any way partnered with my current alarm monitoring company.”

The representative asked whether the complainant was having a new alarm system installed because the prior company was going out of business, had been taken over, or was no longer able to perform monitoring services. The complainant responded, “No, I’m just changing it up.”

Later, they had the following exchange:

Representative: Do you understand that by accepting this offer you will be changing alarm companies?

Complainant: That I will what?

Representative: You will be changing alarm companies.

Complainant: I’m not understanding you.

Representative: Capital Connect is a separate company from Central and so I’m just verifying —

A few days later, the complainant canceled the new contract with Capital.

The State also introduced evidence regarding two additional instances when appellant had misled customers about who he worked for. The first witness testified that he was 80-years-old at the time of trial. In July 2016, the witness was returning home at about 8 p.m. when appellant walked up to the witness in the driveway.

Appellant had multiple “ID tags” or lanyards around his neck. The tags had the names of several companies, including Honeywell, Stanley and ADT. Appellant told the witness, “I’d like to talk to you about your alarm system, your burglar alarm. I see you have Stanley.”

For about 30 minutes while they were conversing, the witness thought appellant worked for Stanley — the witness’s then-current alarm monitoring company. The witness testified that appellant “probably misrepresented the fact that he was a Stanley operative.”

The witness testified that by the time he signed up for the new alarm system, he knew he was dealing with Capital.

Because appellant referred to the sign in the witness’s yard, the witness “assumed [appellant] was working for ADT.” While they were inside the house, the witness told his wife that appellant was “with ADT Security.”

The State, however, contends that the statute criminalizes conduct both leading up to and during the completion of a business transaction. Thus, the State contends that a “deceptive business practice can be committed in all aspects of the transaction and is not excused merely by a signature on a contract stating appropriate terms.”

Kirschenbaum agrees with the State, stating “The relevant inquiry does not focus on what the complainant knew at the time she signed the contract; instead, it focuses on what appellant did — what he represented — during the course of business.

Kirschenbaum goes on to say the representation must be made “in the course of business,” which includes “selling … serviceor property.” The statute does not criminalize conduct of a defendant only when the defendant is successful in perpetrating a fraud. Rather, the statute criminalizes the act of “representing” — an act that can occur before a completed transaction.

In this case, a rational juror could have understood the statutory word “representing” to include appellant’s conduct and statement immediately after he initiated contact with the elderly complainant at her front door — pointing to the Central sign and stating, “I’m here to update your security.”

A rational inference from this statement and conduct is that appellant was describing a Central Security Group alarm system, although he was not. Indeed, the complainant testified that appellant did not refer to a different company’s alarm system until appellant “presented the papers” to her after gaining entry to her home and discussing alarm system features with her.

Under the evidence in this case, a rational juror could have found that appellant represented that a commodity or service was of a particular style, grade or model when it was of another.

The State presented evidence regarding two uncharged extraneous offenses, which showed that appellant employed the same or similar tactic on other people. He pointed to their alarm system signs, for companies other than Capital, and misled the customers into believing that he worked for those companies.

In one instance, he wore multiple lanyards of different companies, and in the other instance, he failed to correct the customer’s statement that appellant worked for a company other than Capital. In both instances, the customers did not learn the true style, grade, or model of the alarm systems that appellant was peddling until nearly 30 minutes into the conversations.