Considering a medical alert device? Here’s what you should know before buying. 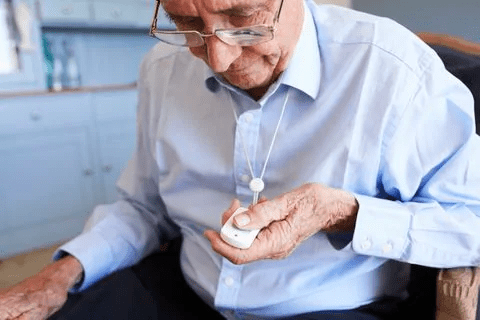 More than 3 million (mostly senior) consumers own medical-alert devices — panic buttons worn on the wrist or a pendant — that can call for help if you fall or suffer another emergency and can’t reach a phone to dial 911.

But if you’re relying on, or thinking about buying, one of these devices, you need to know what happened when Consumers’ Checkbook tested 11 of them with the help of Arlington County’s Emergency Communications Center, which acted as a neutral testing site and doesn’t endorse any products or companies.

Checkbook found disturbing deficiencies. Most devices delayed getting us to 911. Some sent false alarms. And when the researchers called for help from Arlington, one device “found” them . . . in China.

Not good if there were a true emergency. And getting 911 help is a major selling point in ads for these gadgets.

Consider this before buying:

Delays waiting for an operator to answer

In most cases, pressing the alert button doesn’t actually call 911. Instead, that connects you to a company call center. Checkbook tested how long it took those monitoring services to answer by pressing the button on nine devices a total of 290 times at various locations in the Washington area.

That’s why, at peak traffic, government 911 centers aim to answer 90 percent of calls within 10 seconds and 95 percent within 20 seconds.

Call centers for only three devices answered in 30 seconds or less, on average.

Three others took more than a minute, on average. In individual trials, some took as long as two to three minutes; one made us wait more than three minutes.

A one-minute wait during a medical emergency is a long time. Two, three or more minutes is an eternity.

The table below shows overall performance on nine devices with call-center monitoring; two others were unmonitored — they only hail friends and family when the button is pushed. We tested each monitored device 30 times over two weeks.

But remember: even for devices that answered fastest, the test times shown only get you to the company call center — not real 911. The minutes and seconds clocked don’t include additional delays you would experience waiting for a company operator to determine your emergency, call your local 911 and relay information to the 911 dispatcher.

Real 911 dispatchers are intensely trained to quickly and directly interrogate the caller to assess the situation, determine the victim’s location, and decide who to send to help. They’re also trained to instruct callers to begin CPR or stem bleeding until medics arrive.

Most of the alert devices studied thus delay your ambulance by inserting typically lesser-trained agents between you and the top guns of emergency dispatch.

“Any interaction outside the scope of the 911 center has the potential to increase the amount of time between the discovery of an incident and the dispatch of emergency response resources, assuming all other things are equal,” Carver says. “Any addition to the time of response has a negative impact on the outcome.”

In Checkbook’s testing, medical alert companies often had trouble determining where the calls were coming from — exactly or even within a reasonable margin of error. That jibes with the complaints of 911 managers, who say they often “were not able to get a good location, or the location was from an hour before, or there was no phone number, so we couldn’t call them back,” says Angelina Candelas-Reese, 911 systems manager for Arlington County.

“Location information is the most critical piece, because if we can’t find you, we can’t help you,” says Martha Carter, 911 administrator for Caddo Parish 911, which covers Shreveport, La.

In testing, the researchers asked each operator where the device pegged their location. Some were usually spot on or reasonably close, while others were blocks away or had no clue. On one call, Bay Alarm Medical’s call center “found” the caller in China. In general, these devices also have trouble locating callers from high-rise buildings in urban areas: To which of 10 or more floors should EMS go?

Among the 911 community, medical-alert devices are also notorious for false alarms, which can needlessly tie up 911 staff and delay responses to real emergencies.

Some of the devices tested sent false alarms during shipment to the researchers. Once the devices arrived, even more false alarms. On a few occasions, paramedics showed up at Checkbook’s K Street offices, ready with gurney, oxygen, defibrillator, the works.

Because of the problems found, Checkbook could not recommend most of the devices tested. But if you insist:

Washington Consumers’ Checkbook (Checkbook.org) is a nonprofit organization with a mission to help consumers get the best service and lowest prices. It is supported by consumers and takes no money from the service providers it evaluates. You can access Checkbook’s full report on medical alert devices, and all of Checkbook’s ratings and advice, at no cost until March 15 at Checkbook.org/washingtonpost/alert.