Common Sense Advice On How to Avoid Buyer Confusion 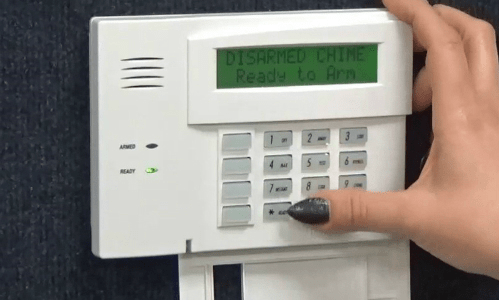 One way to guard against alarm sensors not working properly due to bad installation is to create a quality control program.

As a former alarm company owner and an operations manager for two other security companies, I managed to avoid lawsuits of any kind. That’s not to say that such a fate couldn’t have happened if the right circumstance had come along.

In fact, I’m sure the same can be said of you or most anyone in this industry, and one of the reasons for that is the way we often sell alarm systems that provide less than 100% protection.

Many of us sell minimum protection simply to assure the sale, which also satisfies our primary goal of acquiring as many monitored accounts as possible. After all, recurring monthly revenue (RMR) is essentially the business model that the majority of the security industry uses.

Add to this the fact that most of the systems we do sell and install are never truly put to the test by a seasoned criminal. After all, most of our lucky clients haven’t been victimized because no one has targeted them — yet. While these buyers say they understand that they’re buying less than 100% protection, oftentimes some of them will forget this when something bad happens.

The other issue that I see as it relates to unhappy buyers (that sometimes sue) is that of substandard installation practices, especially where it comes to running metallic cable. For example, in the mid to late 1990s I was asked by a law firm to meet with them at one of the ISC events, which I did.

I was asked to render a professional opinion on the quality of a wireless installation where a female homeowner had been raped and brutally beaten. Although I refused to act as a professional witness against one of my own, I did render an opinion. Whoever installed the surface magnetic switch and the wire that connected it to the transmitter on the basement window did a miserable job.

There are plenty of real-life cases that we can point at where an alarm company was sued for hundreds of thousands of dollars for installing minimum protection. I’m no lawyer, but if memory serves me correctly, when I was in business, my own attorney told me that incorporating your business helps to insulate your personal assets from lawsuits against the company — as long as “neglect” is not involved.

In the case of the poorly installed alarm switch on the basement window — where the perpetrator entered the home through a basement window without the alarm going off — the gap was so great between the switch and magnet that the alarm system had to be programmed to automatically shunt the switch so the alarm would arm.

In this case, someone could open the window without setting off the alarm, which is what happened. I didn’t follow the case to its conclusion, but I’m almost certain that the security company had to take a big hit.

Another legal case that we might look at took place in New Jersey where, according to a news report, “… an attorney and collector of jewelry, and her husband, Craig, a construction supervisor on high-end homes, were burglarized on March 24, 2005. Thieves broke through a window, but the alarm system protecting the home’s perimeter — with loud sirens and an automated alert to police — was not designed to be set off if windows were broken.”

How many times have you and I sold an alarm system to a new residential client that included doors and a single motion detector or two without any glass/window protection? In this case, the alarm company, which we will leave nameless, was found guilty and the homeowners (who knew full well that they did not pay for glass-break detection) were awarded $800,000!

First, allow me to reiterate that I am not an attorney, so the following advice is based on common sense. One way to guard against sensors not working properly due to bad installation is to create a quality control program. Inspecting a percentage of your finished installations will help ferret out lazy, inadequate installers. Perhaps it will help you avert a problem before it occurs.

In regards to misunderstandings when selling degree of protection, on the contract side, one of the things that we can do is to be perfectly clear as to what our system will and will not do. In other words, the limitations inherent at the level of protection to be provided should be spelled out.

If we’re not protecting windows, but we’re providing motion detection, we need to state that the system we’re proposing/installing will not detect someone that enters through a window. And where there is a motion detector(s) in the room, we need to spell it out that by the time detection takes place the perpetrator is already in the room.

Also, if we’re doing glass break detection but not switches to detect the physical opening of a window, we need to be up front and say that the system will not detect an open window. For me, this degree of transparency has sometimes resulted in the sale of additional window protection.

At least no one can say that you didn’t warn them. Be sure to offer them every option in the book as a matter of course with every proposal so no one can say you did not offer them a higher level of protection.

Al Colombo is a long-time trade journalist and professional in the security and life-safety markets. His work includes more than 40 years in security and life-safety as an installer, salesman, service tech, trade journalist, project manager,and an operations manager. You can contact Colombo through TpromoCom, a consultancy agency based in Canton, Ohio, by emailing allan@Tpromo.Com, call 330-956-9003, visit www.Tpromo.Com.