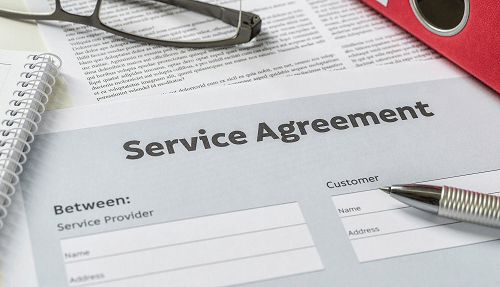 Now more than ever, SMBs need protection from various threats such as ransomware and more complex phishing attacks. These threats have the potential to paralyze or kill a business, but convincing business owners that they are real can be frustrating. This makes pitching service contracts all the more difficult for technology integrators.

There are a handful of objections to managed services contracts that you’ll hear repeatedly. Business owners who haven’t used them before may not see the benefits of switching over. They haven’t had a problem and their business hasn’t experienced any cyber-attacks, why should they change?

Maybe they have a cousin Jimmy who’s been doing their IT for free for years — why should they pay for managed services now?

The key is to reference current events and explain that technology is ever changing and what worked for your business ten years ago may not be what’s best today and tomorrow.

Be sure to remind them when pitching service contracts that the phone in their pocket wasn’t around ten years ago — however, we all have one today, and we don’t hesitate to pay for a mobile monthly phone plan.

Small cities such as Riviera Beach, Lake City, and Albany have been targeted and lost hundreds of thousands of dollars. Atlanta and Baltimore have been hit and lost millions in damage and downtime. Colorado and Louisiana issued state of emergencies over ransomware attacks.

The entire working population of Bulgaria, five million people, had their social security and salary information released online after a 20-year-old hacked into the National Revenue Agency.

Some of these attacks happened within days or weeks of each other. The landscape is changing very quickly and those staying in the past are playing a risky game.

We know that couldn’t be further from the truth and it’s our job to make them understand that break-fix will end up costing them more money in the end.

We’ve seen other IT providers have a response rate anywhere from a few days to a week. If you’re hit with ransomware, how could your business possibly survive if your IT provider has a slow response time like that?

Like Business Continuity, we need to position the offering of Managed services to something like insurance. It brings guaranteed response rates, budgeted IT, and protection against threats that can possibly kill businesses.

They may follow up with, “well that’s scary, but those hackers are going after government and big businesses. I don’t have anything they want.”

The latter part of that statement couldn’t be further from the truth. Think about it, is a robber more likely to go after a big bank or a smaller, local bank? The payoff isn’t as great, but the likelihood of leaving with money (and not being caught) is higher. The same goes for cyber attacks.

You may hear more about large corporations and governments being attacked, but that’s because they’re mandated to report breaches and losses of data.

In most places, the same applies to small businesses, but most small business breaches don’t go much further than the local paper or word of mouth.

The key is to get them to understand that just because they don’t hear about them, that doesn’t mean they’re not happening. More than 50% of cyber attacks are targeted at Small Business, shouldn’t that be scary enough for them to jump?

The most common complaint, by far, is, “you’re too expensive and it’s not worth the monthly cost.”

Differentiating between break-fix and managed services is easier than getting down to the budgetary concerns.

First rule of thumb: if they don’t have the budget for your services and aren’t willing to budge in that first discussion, it’s probably best that you step away.

I hear of many IT providers who will modify their offerings to fit within a budget but that is potentially the worst thing to do. If you go to a restaurant, you can’t start removing items.

Imagine if you told a waitress, I want the Chicken Parmigiana but hold the pasta and please deduct $5 from the meal cost. They’d laugh at you and not serve you.

We offer managed services contracts that businesses need, and if they aren’t willing to pay (or see the validity in the offering), then walk away.

Do they have the budget and simply trying to get you in a bidding war?

Again, it’s never a good idea to start dropping your prices to simply win managed services contracts. It’s a better option to make them understand why your prices are the way they are (even if they are higher than your competitor). Are they comparing apples to apples or apples to oranges?

My technology stack is very different than my competitors’, and quite frankly, that’s what makes our services stand out. Our overall pricing may be higher, but the value is far greater when you look at everything that we provide.

Be confident about your business, your prices, your technology stack, and your self-worth when pitching service contracts, and you will be able to overcome every objective thrown at you. Trust me, I’ve heard them all!