CFATS reauthorization should not be a partisan issue 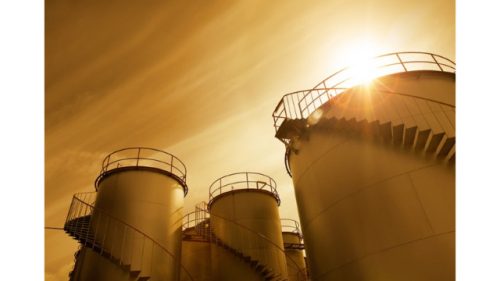 With a contentious election behind us, the Chemical Security Facility Anti-Terrorism Standards (CFATS) program will sunset unless Congress rallies consensus before Jan. 19, 2019. Two bills in both the Senate and House aim to reform the program, but this has stoked a partisan debate. With the House turning over to Democratic control, can a deal be struck continuing the program? For how long? And, what changes will the reform language bring to the program?

First, to pass a reformed CFATS program, given the legislative calendar, a consensus among lawmakers from both parties would be the clearest path. Here is a timeline of events for the current reauthorization proposals being considered by Congress:

Now, with little time left, Johnson has to rally the Senate towards unanimously consent. Under this process, the Senate cloakrooms notify senators of upcoming bills that may be considered under unanimous consent to provide them with a final opportunity to object.  The plot thickens with ranking member of the Senate Committee on Homeland Security and Governmental Affairs, Sen. Claire McCaskill (D-Mo.) losing her re-election bid, but the Democrats winning the House.

If this fails, the program still needs to be funded. “Plan B” would entail a straight multi-year reauthorization of anywhere to from 3 to 5 years, however; the political winds might shift toward reauthorization for 12 months, thus kicking the can down the alley.

Impact on Security Contractors and Consultants

If passed in current form, the provisions of both bills will clearly impact facilities and security contractors. In terms of vetting employees, the current language indicates that DHS’s personnel surety program only be applied to the higher risk facilities (Tier 1 &2) meaning that a majority of facilities, roughly 1,000 to 2000 sites across the nation, would not be required to perform enhanced screening of their employees.

Under the current CFATS program, all covered facilities must submit for approval to DHS a security plan (Site Security Plan [SSP]) containing security measures that sufficiently meet all the Risk-Based Performance Standards (RBPS). RBPS 12–Personnel Surety requires facilities to account for four types of background checks on facility personnel and unescorted visitors who have or are seeking access to restricted areas and critical assets at high-risk chemical facilities. These checks include measures designed to: i) Verify and validate identity ii) Check criminal history iii) Verify and validate legal authorization to work, and iv) Identify people with terrorist ties. The proposed reform language would only apply to Tier I & II, however; the lower tiers might have the option of electing to use the PSP program down the road.

Secondly, facilities that subscribe to “recognition programs” (such as Responsible Care, Responsible Distribution etc.) will be awarded lower tiers and limited inspections according to the proposed reforms. The cascading effect of lower tiers could also limit perimeter protections, technological installations and security plans. However, this likely falls on DHS to promulgate regulations.

The decrease in inspections could also impact security consultants. Limiting inspection sounds good on paper, but what if a facility needs to prove to the agency that a chemical is or is not present on the site? Because many of these recognition programs, commonly referred to as industry stewardship programs, are closed to the public, security consultants could be forced to work closer with or even become dues paying members of various trade organizations, such as the American Chemistry Council, Association of Chemical Distributors, Agricultural Retailers, the Society of Chemical Manufacturers and the Fertilizer Institute – all of which support the measures ­– in order to access these programs and properly advise their clients.

In sum, the CFATS program is ripe for reform, but it is still inconclusive as to what reforms are needed and how this will pan out in implementation. Congress should consider working with each other towards a solution and not exposing our nation’s critical infrastructure to a terrorist attack, but it has to happen before January. Bottom line: don’t let perfection be the enemy of the good.

Michael Kennedy, Principal Attorney at Kennedy Law & Policy, has spent most of his career developing and evolving homeland security laws to adapt to the private sector. He’s a recognized expert in Chemical Facility Anti-Terrorism law and in all aspects of the regulation. Kennedy was also the main contributor to the Protecting and Securing Chemical Facilities from Terrorist Attacks Act of 2014 (the Act) which Kennedy advocated before Congress that was later signed by President Barack Obama on Dec. 18, 2014. He has advised three trade associations on critical infrastructure issues, served twice as the Assistant Chair of the Chemical Sector Coordinating Counsel and was a liaison to the Federal Bureau of Investigation, Department of Homeland Security and Department of Defense.