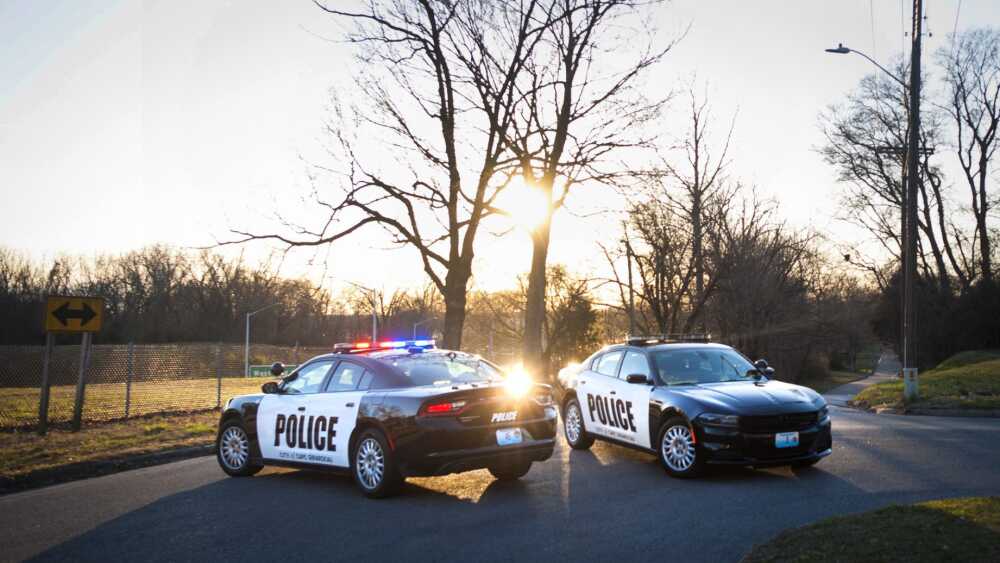 On Thursday, the City of Cape Girardeau will implement a false-alarm reduction program originally approved in 2020 by the City Council requiring a $25 annual fee on businesses and residences that have alarm systems that dispatch emergency personnel to their locations. Additionally, the city will begin a fine system on alarm owners for repeated false alarms going forward.

Implementation of the program was delayed until now because of the pandemic.

Police Chief Wes Blair said in 2020, Cape Girardeau’s police and fire departments responded to 2,300 alarm calls. Only 115 of them were legitimate alarms.

“Those 2,185 false alarms diverted resources away from people in real emergency situations,” he said.

“We’ve heard from five citizens about (the program) and we also received one or two emails from alarm vendors with concerns,” said outgoing Cape Girardeau city manager Scott Meyer, who will be succeeded by incoming manager Kenneth Haskin at the end of this month.

“We never take new or increased fees lightly,” Meyer said. “We hope alarm users in our community can see $25 per year as a reasonable contribution to help our officers focus where they need to.”

The Southeast Missourian reached out to several local alarm installers about the program.

Steve Zschille, owner of Accent Security Alarms in Jackson, said he has been in business 40 years, and while he supports a false-alarm ordinance in principle, he said the new program is flawed.

“(The city) took a broad-brush with this,” Zschille said.

“They’re paying no attention to the hundreds of people who have alarm systems and operate them properly — and that, in effect, saves the city money.”

Effectively, Zschille argues, the city has imposed a new tax.Get our Daily HeadlinesSent right to your inbox.

“I have one customer who’s been with me 29 years. If he had to pay $25 a year for each of those years, that’s $725 just to register the device. In all that time, my customer said, the police came to his house exactly twice and he wants to know why he must pay the fee every year,” he said.

In a news release, the city said the majority of false alarms are the result of user error, installation error or equipment error. Some alarm holders, the release said, have allowed for more than 40 false-alarm occurrences at their site within a single year.

Zschille expressed bafflement at this statistic.

“They say they went to one place 40 times. That’s dumb on their part. After three false alarms, they should have had a nuisance officer start writing them up and charging them accordingly,” he said.

Zschille said he hopes, even at this late date, city lawmakers will mimic a baseball umpire who changes a call on the field after realizing he got it wrong.

“Sometimes umps will modify the call (and) that’s what I’m asking for here,” he said.

Under the new plan, the first false alarm is free. But then each false alarm thereafter will start costing the user, on a graduated scale from $50 up to $300.

An alarm “class” is also offered as a way of adjusting a fine, city officials said.

“Cape City Council passed this ordinance during COVID-19 with no input from citizens, no surveys and no bids,” Zschille said.

“They didn’t even bother calling me for ideas.”

Police spokesman Sgt. Joseph Hann responded to questions from the Southeast Missourian about specific aspects of the program.

* What resources are expended responding to a false alarm?

Hann: Cape police have a policy that any residential or business alarm requires a two-officer response to ensure safety for the alarm holder and the responding officers. Any given alarm call will require 20 to 30 minutes when you factor in the time it takes to travel to a specific location, walk around the business, check doors, windows, locks and general security. On a large number of alarm calls, our officers also wait on scene for a responder to arrive at the location and open the doors to their home or business so the interior can be secured as well. Depending on which scenario occurs, a false alarm can tie up two officers for thirty minutes to a full hour, depending on the nature of the call.

* In terms of the fine schedule, Cape’s plan calls for a maximum fine of $300. The City of St. Louis had a similar program for years and its maximum is $100. What did Cape use as a template to come up with the schedule?

Hann: St. Louis’ max is $100 but that’s after the fourth false alarm, which is the same as Cape’s. The difference is in St. Louis, the alarm is suspended after the fourth one in a 12-month period. Cape doesn’t suspend until the eighth false alarm. Also, Cape offers the alarm user an awareness class in lieu of paying a fine up to $100. St. Louis does not offer that option to my knowledge. In addition to those differences, our rate of $25.00 per business registration is only half of the cost of the business permits in St Louis. These fines rates were suggested to our city leadership by our vendor, CryWolf, based upon our municipal demographics and our city council voted to approve the current fine rate based on those recommendations.