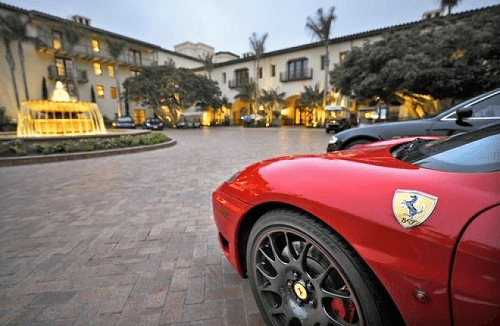 The owner of the ritzy Terranea Resort in Rancho Palos Verdes has spent more than $1 million to defeat a ballot measure that would raise resort workers’ salaries and equip employees with panic buttons to help prevent sexual assaults.

Campaign finance statements filed since Jan. 1 show that Long Point Development, the owner of the 102-acre shoreline hotel, has contributed $1.01 million to a committee opposed to Measure B, a ballot initiative that was placed on the Nov. 5 ballot by a petition drive headed by a hotel workers union.

That amount of spending is unusual for the coastal town that attracted fewer than 6,000 voters for its last city council election in 2017.

“When voters learn that Terranea has spent $1 million to tell people to vote against protections for women who have faced sexual assault on the job, we are confident they will vote for the measure,” said Kurt Petersen, co-president of Unite Here Local 11.

In a statement, Terri Haack, president of the Terranea Resort, said the measure was part of a two-year effort by Unite Here to unionize her workers without a secret ballot election. She added that Terranea already provides resort workers with “personal protection alarms.”

“Terranea opposes Measure B, which would impose draconian costs on only Terranea Resort, and would hurt the very employees the union purports to want to help,” she said. “If adopted, the measure would reduce the tax revenue that Terranea pays to support the [Rancho Palos Verdes] community.”

If approved by a majority of the voters, the initiative would require Terranea and the nearby Trump National Golf Club to provide panic buttons for employees who work alone in isolated locations and may be vulnerable sexual assaults and threats. The buttons can be used to automatically call for aid.

The measure also would guarantee workers a $15-an-hour minimum wage, with regular raises until 2022, among other benefits.

An economic analysis, commissioned by the city, said the initiative would cost Terranea as much as $8 million a year by 2022. The analysis by the economic consulting firm Kosmont Co. said it was unable to collect financial information from Trump National Golf Club.

Similar ballot measures backed by hotel workers unions have passed over the last three years in Long Beach, Seattle and Oakland. The Seattle measure was struck down in court, but most of the provisions of the ballot measure were later adopted by the Seattle City Council. Other cities, including Miami and Chicago, have adopted laws requiring panic buttons without a petition drive.

Under pressure from unions, several of the world’s biggest hotel companies — including Marriott, Hyatt, IHG, Wyndham and Hilton — promised last year to begin to equip their workers with panic buttons. So far, more than 5,000 hotels and resorts have fulfilled that promise, according to a hotel trade group.

Terranea issued a news release this month saying it had adopted a personal alarm system for employees to combat sexual harassment and assaults.

“We are committed to the protection and security of our guests and associates and believe periodic evaluations such as these reinforce our goal to be safety-centric and a pacesetter in the area of workplace security,” Haack said in the news release.

Most of the money donated by Long Point Development to the committee called Protect Rancho Palos Verdes & Terranea, No on B has so far been spent on campaign consultants, literature, research, polling and newspaper ads, according to financial statements.

The donations from Unite Here Local 11 in favor of Measure B have been spent primarily on salaries and literature.