Big Idea of the Month: You Can Never Invest Too Much in Training 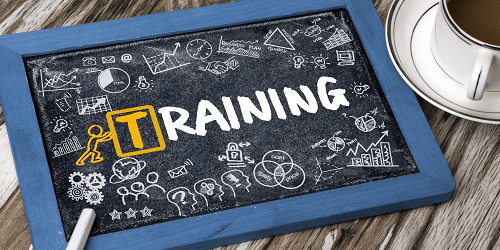 Micro Security Systems’ CEO Stephen De Molina tells Ron Davis why it’s so important to invest in training for all kinds of resources and across all departments.

Recently I was in a hospital bed at Mayo Clinic in Jacksonville, Fla., uncertain about the prospects for this particularly scary visit. I was in for a triple bypass, and I’m happy to report everything came out 100% (kudos to Mayo Clinic).

I got to thinking about the things that I do in my business life. I’ve written books. I still do upwards of 50 presentations a year. I oversee the SSI Industry Hall of Fame induction ceremony. I founded and still run a successful M&A firm. Plus, for over 20 years, I’ve been contributing this column.

And so, lying there I really started thinking about which of those passions gives me the greatest pleasure. Frankly, you’re looking at it. The Big Idea affords me the opportunity to meet dozens of new people in the industry every year. I get to talk to, write about, and introduce SSI readers to successful business people.

Case in point: Stephen De Molina, president and CEO of Micro Security Systems Integration in Miramar, Fla., 15-20 minutes away from Fort Lauderdale Int’l Airport (which happens to be one of their biggest clients).

Our meeting was fortuitous. I was conducting a webinar for the Florida ESX chapter, and De Molina was one of the participants. He had asked a particularly tricky question during the Q&A about how to treat receivables on a stock sale of a corporation.

Kind of an easy question to answer, but I always seem to fumble over it. This time, though, I gave a responsible answer, and after the webinar De Molina and I continued talking about the business he ran. It’s quite successful, he has 29 full-time employees, a beautiful headquarters building, and based on a couple of telephone calls a pretty solid reputation in that part of Florida.

Investment in Training Is Top Priority

Our discussions led to my asking De Molina, “If you had just one really great idea that you could share with owners of other businesses approximately your size, what would it be?”

His quick response: “Invest in training for all kinds of resources and across all departments.” It turns out that a major reason Micro Security has very little turnover and a high degree of morale is because of his investment in training. Not a week goes by where there isn’t some form of training going on at his company, he noted.

The trainings could be technical, product oriented, or just about general business. Years ago, I wrote a business management program for alarm dealers called the “Success System for Managing the Security Business” and I couldn’t help but think that that course, even today, might have an enthusiastic audience in some of the people working with De Molina.

I decided to pose a follow-up question, “What’s the biggest problem that keeps you awake at night, that you don’t have an answer for?”

He responded with the same candor as the rest of our conversation, but not with musings on profits, customer attrition, new technology, etc.

He said he thinks about the management development programs for key people in the company. I told him he’s so far ahead of the rest of the industry insofar as focusing on a problem that needs resolution at some point. I remember my old mentor, Earl Nightingale, once saying that “the majority of people don’t think about problems, they just think that they’re thinking.”

I’ve never been able to test that theory, but I’ve got a feeling it’s truer than not.

Several Like-Minded Heads Better Than One

As we talked about business and opportunities further, I realized that I had a really great idea for De Molina. Why not form a “mastermind group” of co-equals in the industry to talk about signature problems each of you may have?

Members of this virtual think tank certainly would benefit from everybody’s opinion, and would receive the additional advantage of having reinforcement for whatever successful direction that they undertook.

While a mastermind group is not necessarily a training tool, it can be. All you need is three to five like-minded executives that meet once a month to discuss problem (or opportunity?) that each member has and see if a resolution can’t be reached as a result of these high-level conversations.

I’ve seen this work in virtually every industry. Senior management could meet with you once a month, sales can meet with the sales manager once a month, etc., to leverage the collective brainstorming sessions.

As for me, all those things that I used to love doing, I haven’t done so much recently. That will change!