Big Idea of the Month: Stay Aware of Industry Trends and Adjust Accordingly 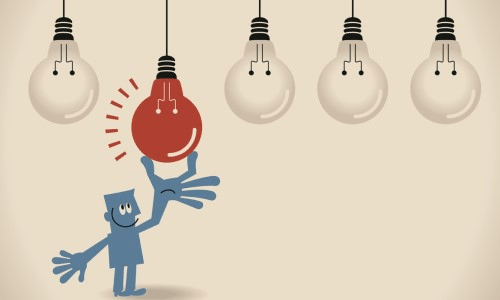 Recent M&A activity shows a shift taking place on the commercial side of the business, such as increased awareness and desire to sell fire equipment and ancillary products.

I’ve never met someone who had anything negative to say about Dan Rose. He’s vice president – finance and M&A at ADT, a position that gives him a lot of say on acquisitions that have been completed and those that are being contemplated.

He’s the gatekeeper on whether deals make it past the first glance. Many alarm dealers at some point or another likely will be confronting a person with authority like Rose, perhaps even deal with Rose himself.

For a little background, Rose is 32, married with children, has done a whole bunch of traveling for ADT, and knows a good deal about growing through acquisition. Rose’s father, Bill, has been in the industry seemingly forever, and Dan just kind of migrated to it when the time came.

By way of full disclosure, I worked with Rose on several acquisitions that ADT made, and really got to know him. There’s a huge age difference (he’s 32, I’m 80), but when we get together it’s just like a couple of old friends reuniting.

The reason I selected Rose as the subject of this month’s column was primarily because of his age. I asked him my signature question, “If you had just one really great idea that you could share with the rest of the industry, what would it be?”

There’s been a great deal of focus lately on young people coming into the industry and the efforts to attract more, so I wanted to hear Rose’s perspective, particularly from someone else on the M&Aside of our business.

As to my question, Rose’s response was to “stay focused on what your job is, be aware of what’s happening in the industry around you, and be prepared to adjust your plan to fit rapidly increasing trends.”

Regarding those industry trends, something else he’s observed was pretty noteworthy, I thought: His comment was something to the effect of “my impression of the industry is that residential sales by traditional alarm companies has remained steady, but flat. However, the commercial side of the business is just exploding.”

I thought about that for a while, started thinking about the tradeshows that I had visited in the past 12 months, and what I am reading in the trade publications seems to confirm this: perhaps as much is 80% of the products being shown, and much of the conversation being held in the seminars surrounding these tradeshows has to do with commercial sales, installations, servicing, etc.

If you follow the news of what is happening both regionally and nationally, it would seem that Rose’s comments are right on the mark.

Being the broker of record on some of these transactions, I would have to echo Rose’s sentiments, and say that there is a quantum shift taking place on the commercial side of the business — increased awareness and desire to sell fire equipment and ancillary products, plus an increasingly heightened awareness of cybercrime and what our industry can do to avoid it.

Seemingly there is a doubling or tripling of the number of video products and services that are being offered, plus discussion about drones and their usage, and extremely significant M&A activities going on in the systems integrator space.

All of which suggests that the commercial sector is at least keeping pace with previous years, and indeed probably growing stronger with each passing month.

And the beauty of all this for those of us who have made our living in the traditional (i.e. custom or semicustom residential and commercial) alarm industry is that, despite the influx of many new market entrants, these new offerings are being adopted and marketed by a significant number of familiar faces from the traditional alarm space.

Frankly, I think this is more revolutionary than evolutionary when you compare to what took place in the decades prior to this exciting time, and the current pace is rapidly increasing.

What’s the takeaway? The next time you go to a tradeshow or regional dealer meeting, take a close look at the products being offered for commercial installations and recognize that there are many customers — retail stores, restaurants, small businesses, etc. (see “The Grapes of Cash: How to Secure a Winery”) — that would be better served by local installation and service.

Removing the enterprise-scale international projects from the equation still leaves a huge opportunity for growth and increased profitability in the commercial sector.

If I were to extrapolate some other advice from what Rose said, it is that the next generation of executives in the security industry are well aware of this trend and are taking advantage of the opportunities in it.

They’re only proving the adage, “Sometimes the more things change, the more they stay the same.”