Big Idea of the Month: Don’t Do a Deal Without an M&A Pro 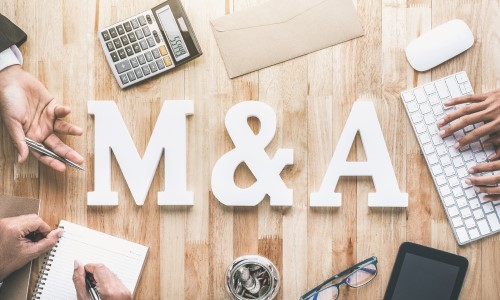 SmartWatch’s Madelaine Lock says its important to have an industry lawyer oversee all documents, schedules and other materials you’re going to need to close a transaction.

I’ve written this column for the better part of 12 years, exclusively for Security Sales and Integration. Prior to that, I had written a similar column for about 10 years for the organization I founded and headed up. I enjoy writing and I’ve been fortunate enough to have ideas, seemingly endless, that people want to read about.

One thing I have never done is use my column to promote products or services. And with this column that has changed; I’m writing about a company and some people who we have represented as business brokers. We handled the sale of the company and the former owners walked away from the transaction very happy!

However, I’ve always felt conflicted about describing some of the work that we do in our “day jobs.” I’d like to hear from you as to your feelings toward me writing about transactions we’ve handled and people we have represented (reach me at the email address in my bio below).

Of course, it’s always with their permission. And although we may mention that we were the brokers on a transaction that I described, as you’ll see below, it certainly couldn’t be construed as a conflict. Your thoughts? Let me know.

I had never heard of Mt. Dora, Fla. Neither had most people living in Florida. So when I drove up to visit some potential new clients in Mt. Dora, you can imagine my surprise at seeing a bustling community set on a beautiful lake, with a historic downtown area only 20 miles from all of the indulgences that we know as Orlando.

The town had been one of Florida’s best kept secrets. It was also the home of the company that was to become one of our clients. The company we were about to represent, SmartWatch Security & Sound, is a business integrator with clients all over the state and has been recognized as one of the fastest growing companies in Florida.

Madelaine Lock, her husband, Jay Lock, and Dean Farrell were the owners of the company, with Madelaine being the CEO. In short order, we found them what I considered to be an ideal buyer with a company that was also rapidly growing and headed up by Terry Heath, CEO, Sciens Building Solutions. Since this column is not about how a deal is put together, suffice to say a deal did come together, money exchanged hands and SmartWatch became a wholly-owned division of Sciens.

Madelaine, Jay and Dean are still working for the company and enjoying the success the newly merged organizations have generated. Now, to the question I asked Madelaine during my interview: “If you had just one really great idea about going through the sale of your company, what would it be?” Her answer shouldn’t have come as a surprise to me, but will give you, the reader, a pretty good insight as to why SmartWatch was such a desirable acquisition.

She said, “You first have to put yourself in the position of a buyer. Make sure you have prepared all the financial and business information that a potential buyer would have. Then put together the best team you can find to help guide you through the transaction. And finally, even though you may have good legal representation, always have an industry lawyer, knowledgeable about the industry oversee all of the documents, schedules and other materials you’re going to need to close the transaction. After a costly and time-consuming mistake in hiring a nonindustry broker, we did some research, discovered your firm, Davis Mergers and Acquisitions Group, and then watched the process unfold quickly, smoothly and predictably.”

Please understand, this is not a commercial for my firm, but rather a formula for the successful conclusion of the sale of the business. Madeliane`s team assembled all of the information and documents that would be needed. All contracts were reviewed and a few errors were discovered and corrected.

Financial information was readily available. And most importantly, our group spent a reasonable amount of time preparing Madeliane, Jay and Dean on what to expect, how to handle it, and, much to everyone’s surprise, there were no surprises.

Obviously, I’m making this sound a little easier than it actually was. The point is there is a way of doing things that is predictable, duplicatable and relatively easy to implement. And as a testimonial to the SmartWatch executive’s preparedness, the transaction closed on time, on budget and with no surprises for either the buyer or the seller. There’s an old saying in the M&A business: “With an orderly process, a good closing is nothing more than a natural conclusion to a professional effort.”