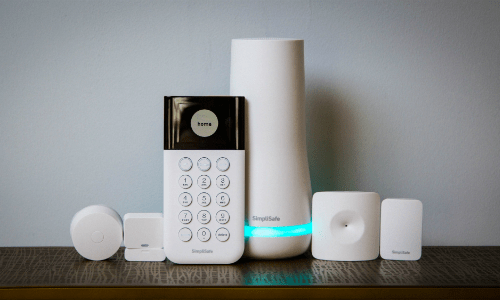 SimpliSafe’s marketing assertions were examined by a division of the BBB National Programs after certain claims were challenged by ADT.

NEW YORK — A division of the BBB National Programs has questioned the efficacy of certain advertising claims made by SimpliSafe, recommending the company modify some claims and discontinue others, including the assertion that its DIY security system enables police to dispatch 3.5x “faster.”

SimpliSafe’s marketing declarations were examined by the National Advertising Division (NAD), an investigative unit of the advertising industry’s system of self-regulation, after certain claims were challenged by ADT Security Services. NAD is a division of the BBB National Programs’ self-regulatory and dispute resolution programs.

NAD determined that SimpliSafe supported certain advertising claims for its security system, including that it is equipped with features to keep it functioning after an event which may disrupt the system and that the company did not have a material connection with certain third-party endorsers.

The following are representative of the challenged claims.

NAD recommended that SimpliSafe discontinue the challenged dispatch speed claims, which expressly claim that its system enables police to dispatch 3.5x “faster” than customers who have other alarm systems. This recommendation was based on NAD’s determination that the evidence relied on by the advertiser was not a good fit for its dispatch speed claims because it measured “response” times (not “dispatch” times), and it did not collect data specifically measuring police response times to alarms from SimpliSafe customers or from any other competing system’s alarms.

NAD determined that the message reasonably conveyed by SimpliSafe’s system protection claim — “Prepared for the unexpected – Someone attacks the system? SimpliSafe is ready” — is that the SimpliSafe system is equipped with features to keep it functioning after an event which may disrupt the system.

SimpliSafe demonstrated that such features exist to maintain the system’s functionality after an occurrence such as the loss of power or WiFi, therefore NAD concluded that the claim is substantiated.

NAD recommended that SimpliSafe discontinue the claim that its “monitoring staff calls you the second trouble’s detected” because SimpliSafe had not demonstrated that its monitoring service calls SimpliSafe customers to verify alarms within a few seconds.

However, in certain contexts where SimpliSafe does not make it clear that certain performance benefits depend on which features and products the consumer elects to pay for, NAD determined that consumers may reasonably understand that they will receive the performance benefits from each of SimpliSafe’s products when not all of the packages available from SimpliSafe provide those benefits.

NAD found that, with respect to the top of the homepage on SimpliSafe’s website where claims state that SimpliSafe offers “Whole Home Protection,” protecting “every door, room [and] window” and protection against “intruders, fires, water damage and more,” those claims, in the context in which they are conveyed, disclose that different packages and configurations of the SimpliSafe system provide the claimed benefits.

NAD, however, recommended that SimpliSafe discontinue the comparison chart to “Traditional Home Security” on its website or modify it to accurately disclose the particular SimpliSafe packages that provide the claimed benefits, and avoid conveying an unsupported message about the benefits that traditional home security systems can provide.

With respect to the challenged endorsements and testimonials, NAD recommended that SimpliSafe modify its claim that SimpliSafe is “the #1 home security pick of CNET, the Wirecutter, PC Magazine, the Verge and more” to clarify that the claim is limited to reviews of DIY systems.

Further, SimpliSafe informed NAD that it had permanently modified its advertising to discontinue references to Wirecutter’s review of SimpliSafe from 2018. Additionally, NAD recommended that SimpliSafe discontinue the claim that “Our monitoring service was named the best in the industry,” or modify the claim to disclose the date of the award.

NAD also evaluated whether the existence of an affiliate relationship between SimpliSafe and the publications whose reviews are referenced in its advertising requires SimpliSafe to disclose that relationship on its website in connection with that advertising.

Thus, NAD determined that the editorial content was sufficiently independent to conclude that there was not a material connection of the kind that may impact consumers’ assessment of the reviews of SimpliSafe’s products and require a disclosure.

Further, with regard to the testimonial from Chief Balog of the Genoa City (Wisconsin) stating, “We use it to catch criminals. My force used SimpliSafe to stop a serial burglary ring. It still helps us catch criminals in the act today,” NAD recommended that SimpliSafe clearly and conspicuously disclose the material connection between Chief Balog’s police department and SimpliSafe.

NAD noted such a disclosure is required because consumers would reasonably assume that a police department purchases the equipment used in its operations and not expect that the equipment was provided free of charge with the possibility of a favorable testimonial contemplated.

Finally, SimpliSafe informed NAD that, for reasons unrelated to the present challenge, it would permanently discontinue the claim “Unparalleled range. Most wireless security systems can’t cover your house. Ours can — up to 1000ft. range.”

NAD, relying on the advertiser’s representation that the claim has been permanently discontinued, did not review this claim on its merits. The voluntarily discontinued claim will be treated, for compliance purposes, as though NAD recommended its discontinuance and the advertiser agreed to comply.

In its advertiser’s statement, although SimpliSafe disagreed with some of NAD’s findings, it agreed to comply with NAD’s recommendations. SimpliSafe stated that it “believes in the self-regulatory process and supports NAD’s mission as a forum for advertisers to resolve advertising matters” and that it will work to update its advertising in light of NAD’s recommendations.