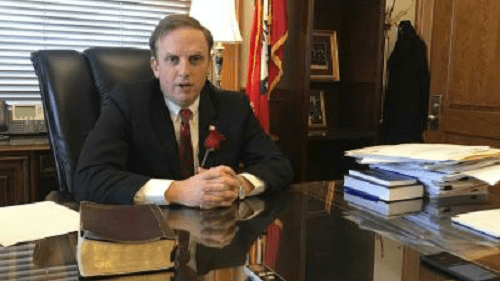 Arkansas lawmakers kicked off their legislative session Monday with leaders promising an ethics package they say is needed to clean up the Capitol’s image following federal corruption probes that have involved former lawmakers and lobbyists.

The predominantly Republican House and Senate convened for the 92nd General Assembly also facing work on the governor’s plans to further cut income taxes and reorganize state government, and an effort to craft a long-term highway funding plan.

Republican Asa Hutchinson will be sworn in to his second term as the state’s 46th governor on Tuesday.

The session began days after a former lawmaker was indicted by a federal grand jury on charges that he conspired in a scheme to bribe a judge who admitted to lowering a jury’s award in a negligence lawsuit in exchange for campaign contributions. It was the latest in a string of indictments and convictions involving lawmakers and lobbyists over the past two years that prompted the Senate to overhaul its ethics rules last year. Senate President Jim Hendren said lawmakers will also take up ethics legislation this session.

“Let us begin the session of the General Assembly today with a determination that the culture of greed and corruption is over,” Hendren, a Republican, said. “We will not participate in it, we will not ignore it and we will not tolerate those who do.”

Democratic Sen. Keith Ingram, the chamber’s minority leader, said a bipartisan group from the House and Senate are working on five or six bills. Ingram declined to elaborate on the bills included in the package. Ideas other lawmakers have proposed include an increase in fines for violations and measures barring elected officials or public employees convicted of felonies related to their jobs from collecting their retirement benefits from the state.

“There’s no question that trust has got to be rebuilt,” Ingram said.

House Speaker Matthew Shepherd urged his colleagues to keep their focus on their constituents and not on any political disputes that may arise during the session.

“Too often I believe we’ve allowed the supposed significance of our position to go to our heads,” he said. “That we’ve confused political challenges with real world challenges. That we’ve expected everything to go our way around here. But, truthfully, we’re not entitled to anything.”

Hutchinson has said he hopes lawmakers will move quickly on his reorganization plan, which calls for trimming the number of agencies that answer directly to him from 42 to 15. Hendren and Shepherd also said they hoped to in the next couple weeks to narrow the ideas for increasing funding for the state’s highways.