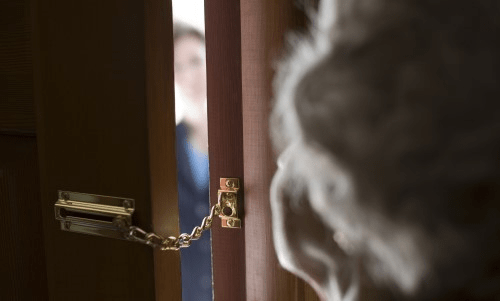 There are certain things you know you are always going to get when the summer roles around. There’s nice weather, trips to the beach, cookouts… and door-knockers. The increase of door-knockers also comes with an increase in complaints.

The latest controversy involves the state of Arkansas and an alarming number of complaints received by Arkansas Attorney General Leslie Rutledge’s office.

Her office received over 100 complaints against alarm businesses who subjected consumers to aggressive door-to-door sales practices, deceptive marketing and refused to honor timely contract cancellations, according to the HS Village Voice.

In response to the complaints, Rutledge sent an advisory letter to residential alarm companies to educate businesses on illegal business practices as well as warn of the consequences for the use of misleading and deceptive tactics.

“My office has received too many complaints against alarm companies, and this advisory is an opportunity to educate companies about their obligations and to inform potential buyers of their rights,” says Attorney General Rutledge. “Working with businesses in advance will alleviate potential illegal activity and prevent many consumers from jumping into contracts.”

The advisory highlights provisions of the Home Solicitation Sales Act (HSSA) and the Deceptive Trade Practices Act (DTPA), with specific requirements each company, contract and employee must comply with:

Violations of HSSA or DTPA may be subject to civil penalties of up to $10,000 per violation with enhanced penalties for elderly and disabled victims.

Earlier this summer, a North Carolina town kicked out smart security provider Vivint’s door-to-door salespeople after receiving too many complaints from residents. The salespeople were accused of “being pushy, argumentative, sometimes cursing and coming late at night.”