An app that can detect distress speech and trigger SOS 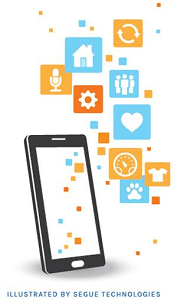 Just imagine a smartphone app that can ‘listen’ to distress calls and automatically trigger an alert to your home or the police.

This is what Rakshak — a new Adroid app developed by innovators from Delhi-based Bharti Vidyapeeth College of Engineering, does. It is designed to detect speech patterns via a phone’s microphone and generate an SOS.

The audio snippets with speech commands requesting help or saying “stop” in distressed tones can be detected by the app and message is automatically sent to emergency contact specified by the use, along with the location of the user.

The innovation won the first prize in a national contest organized in India by the US-based Marconi Society under its Celestini Programme. The winning team of Piyush Agrawal, Subham Banga, Aniket Sharma and Ujjwal Upadhyay presented their work at a function held at Indian Institute of Technology Delhi on Monday.

For developing the app, the team started with publicly available speech command datasets, and added speech commands specific to the scenario of women’s safety.

They also collected additional speech data through crowd-sourcing. This enabled them to detect emotion, background noise, and Indian accents in the audio with improved precision. At present, the app can handle two languages — Hindi and English.

The app can ‘listen’ when it is on and track keywords like help or bachao. It uses the machine learning algorithm to judge emotional state from sound, pitch, etc and triggers an automatic alarm.

There is a 30 second delay in case the owner wants to cancel a false alarm. The developers claim that the app can differentiate a real cry for help from a casual conversation with similar words.

It builds on the work done by last year’s prize winners which showed that machine learning model can be built to estimate air quality by extracting image features like haziness and combining them with meteorological and past air quality data.

The new app uses a concept called ‘federated learning’ to train the machine learning model so that it only uploads features extracted from images without uploading the smartphone images themselves.

“The programme is a unique and impactful way to help us create the next generation of technical innovators,” said Professor Brejesh Lall, head of Bharti School of Telecom Technology and Management and Celestini Program partner at IIT Delhi.

“Students become deeply engaged when they are defining important problems that technology can solve and creating proof-of-concept applications that will make a difference in the world.”

The winning team get cash prize of $1500 and the second-place team receives $500. (India Science Wire)