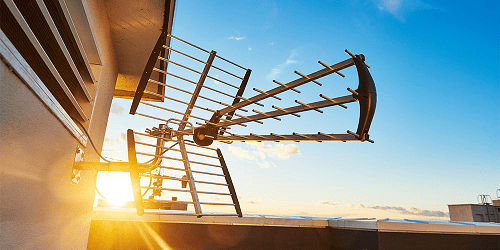 Armed with this newfound knowledge, building officials attempted to source UL listed BDA technology. Due to a lack of prior experience with life safety systems, they were unable to identify a certified fire and life safety integrator or code compliant product.

The band-selective radio signal booster can be designed and customized to meet all public safety frequency band ranges and is both UL2524 and National Fire Protection Association (NFPA) 71/1221 compliant, according to Honeywell.

NOTIFIER was integrated throughout the 6.2-acre campus and the BDA module was placed close to roof access in the second floor IT room. An ONYX Series NFS2-3030 fire alarm control panel with Digital Voice Command was also placed in a centrally located office.

Through these strategic placements, Four Feathers Alarm was able to create radio signal coverage with only five signal-boosting antennae. The donor antenna was placed on top of the school building and aligned with the closest radio tower approximately one mile away.

The project took less than two weeks to implement and was the first BDA life safety system installation in Texas.

“When we first arrived on campus, school safety personnel did not have viable radio coverage, which made their jobs exponentially more challenging,” recalls Brian Blakey, Senior Engineer Technician for Four Feathers Alarms. “Fifteen minutes after we turned on the BDA system, all radios were working. The police officer assigned to the school was even able to receive calls inside of his office, which had never happened before.”

The pilot BDA installation has led to a continued relationship between school officials and Four Feathers Alarm. A five-year maintenance and monitoring contract has also been secured for the entire school district and school administrators have requested an additional $1 million bond specifically for BDAs throughout the district.