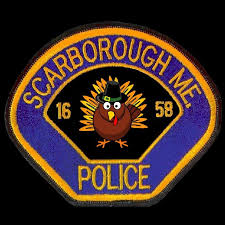 He said that the proposed ordinance, which Councilor Jean-Marie Caterina said the ordinance committee had vetted on Jan. 23, would combine the two alarm ordinances and provides the necessary language to accommodate for the new system. … He added that this cost is less expensive than other third-party monitoring systems.

One of the changes coming with Scarborough’s new Public Safety Building will also be an updated, more modern municipal fire alarm system that may affect some non-municipal commercial businesses that are currently connected.

During the Town Council’s Feb. 5 meeting, Fire Chief Michael Thurlow said that the new system would be much easier and less expensive to maintain. Any business in Scarborough can also opt into the system, as it utilizes radio waves to emit signals instead of wires running through the ground.

“As part of the Public Safety Building process for the new facility, we needed to make a decision about our old legacy municipal fire alarm system,” said Thurlow. “We’ve had a hard-wired copper wired on the telephone pole system for nearly 50 years now that has served us very well but when it came time to look at the new building, there was a significant charge to transport that from there to here. The ongoing expense of maintaining a hard-wired system versus modern technology that’s based on radio mesh technology, so during the design phase of the building, the committee looked at it and we decided it was time to replace our old system.”

He said that the proposed ordinance, which Councilor Jean-Marie Caterina said the ordinance committee had vetted on Jan. 23, would combine the two alarm ordinances and provides the necessary language to accommodate for the new system.

Those who are on the system right now have been informed of the changes, said Thurlow.

In a memo to current users, he said, “The new system is based on a wireless mesh radio system with multiple redundancies to assure your fire or burglar signal is received at our Public Safety Communication Center. The signals are received instantaneously with no delay or possible confusion with having to process voice calls from a third-party monitoring company. The legacy system was dependent on copper cable on telephone poles where a traffic accident or severe storm could disable an entire circuit causing multiple systems to be off-line. Additionally, the new system automatically self-monitors each subscriber continuously so dispatch will immediately be aware of any failure of a transceiver. If one transceiver fails, it does not affect others on the network because those signals will be automatically routed through other transceivers.”

There would be a $500 fee for either fire or burglary monitoring, $750 for both, and a $200 commission and permitting fee, said Thurlow. He added that this cost is less expensive than other third-party monitoring systems.

“What we’ve told the folks on our existing system is they don’t have to come with us,” he said.

The public was invited to speak about the ordinance changes during the Town Council’s Feb. 19 meeting, but no comments were made.