Alarm calls for service down 32 per cent since response policy changes: Regina police 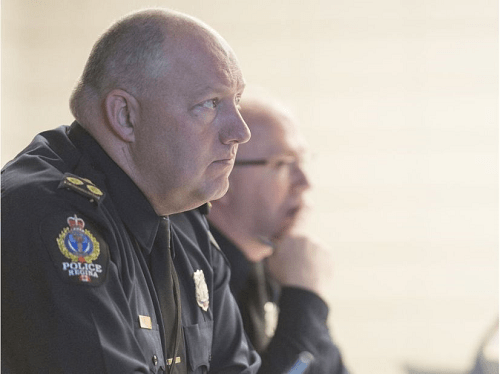 “If they’re not going to an alarm, which 99.4 per cent of the time is false then it frees them up to get to other calls quicker.”

Six months after changing their response policy, the Regina Police Service is reporting a 32-per-cent decrease in the number of alarm calls it attends, something police Chief Evan Bray says is a positive change.

“If they’re not going to an alarm, which 99.4 per cent of the time is false, then it frees them up to get to other calls quicker,” Bray said after a Board of Police Commissioners meeting Wednesday morning.

According to Bray, officers are encouraged to spend at least one-third of their shift engaged in proactive policing — doing things like traffic stops, talking with residents, ensuring properties are secure and engaging with businesses in the area.

But with a constant barrage of calls for service, that part of their job often gets compromised.

“If we have less calls for service, it gives them more opportunity to be proactive in our community,” said Bray. “Service delivery I think goes up.”

Mounting pressure on resources prompted the RPS to reassess the policy in an attempt to make it more efficient. As a result, it announced it would be moving away from responding to “one hit” alarms.

“If you get a single interior motion detector off, but you’ve had no door or glass break alarms in a residence, chances are it’s a vent blowing a balloon or a pet in the home,” explained Bray.

In December, the RPS said officers responded to 12 alarm calls every day — 99 per cent of which end up being false. Police said part of that is due to the growth Regina has experienced in recent years, which has led to a significant increase in dispatch requests.

When police announced the changes back in December, it caused a bit of confusion over whether or not real emergencies might slip through the cracks.

But since the changes came into effect in January, Bray said there has been a positive response by the public and so far no reports of any true emergencies not resulting in a response from police.

“We make sure that any of the policy changes we make aren’t going to compromise public safety,” he said, adding the criteria a call must meet in order to be considered a valid alarm is standard in other major Canadian cities.

“We made sure we messaged this as best we could,” said Bray. “We talked to all alarm companies to ensure that they understood how we would be changing our policy. Most alarm companies operate in other cities and we are not the first to make those types of changes.”