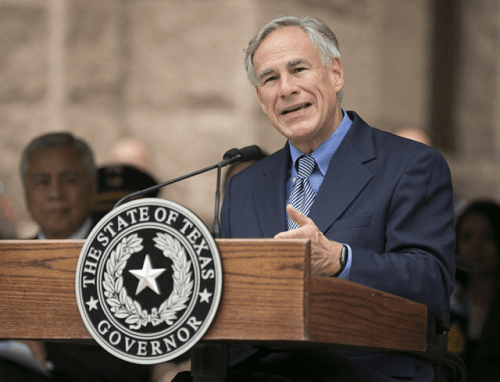 Following through on plans for roundtable discussions after a mass shooting in El Paso left 22 dead, Gov. Greg Abbott on Monday announced the creation of the Texas Safety Commission to offer advice leading to “an immediate action plan” for state leaders.

Abbott said he wants the commission to develop ideas on combating the rise of extremist groups, fighting domestic terrorism and keeping guns away from “deranged individuals.”

“The state of Texas will not relent in its effort to help the El Paso community heal and keep all Texans safe,” Abbott said in a written statement.

The panel also will be asked to discuss laws and other legislative action to prevent mass shootings and domestic terror attacks, Abbott said. The Legislature next meets in January 2021, and Abbott thus far has rejected Democratic pressure to call a special session to address issues of gun violence.

The first Texas Safety Commission meeting will be 10:30 a.m. Thursday at the Capitol. A second meeting will be Aug. 29 in El Paso. Parts of the meetings will be open to reporters.

Those discussions, which included survivors, people on both sides of the gun rights debate and security experts, led to an action plan developed by Abbott’s office that included money for security improvements to “harden” schools and a more robust mental health response to identify and help students in need.

Others include the head of the Texas Department of Public Safety and members of the DPS counterterrorism and criminal investigation divisions; the FBI’s supervisory special agent in the Behavioral Analysis Unit; the protective security adviser for the U.S. Department of Homeland Security; and the chief of the U.S. Secret Service National Threat Assessment Center.

The governor’s office said representatives from Google, Facebook and Twitter also will participate, as will Ed Scruggs with Texas Gun Sense, which advocates for gun limits designed to increase safety.

A gun rights advocate will take part in the El Paso meeting, Abbott’s office said. A list of participants in the second meeting will be released later.

Texas Gun Sense said Scruggs will recommend background checks for all firearms sales, raising the age to purchase firearms to at least 21, limiting high-capacity ammunition magazines and adopting “red flag” laws that would let family members and police seek a court order to remove guns from those deemed to be a threat to themselves and others.

In a statement, Texas Gun Sense acknowledged that political differences will make many of its suggestions difficult to achieve.

“It is imperative we use this opportunity to make an effective, respectful case on behalf of the millions of Texans who demand that our state leaders must take immediate action to protect their constituents,” the organization said, adding that there is hope that changes can be made “before another Texan is killed by a gun tragedy.”

Patrick, speaking Monday morning before Abbott announced the roundtables, said he still opposed red flag laws because they could not protect gun owners from improper confiscation of weapons and because state law already allows guns to be removed from owners “with serious issues.”

However, Patrick told Dallas radio host Mark Davis that he saw a way to address “a loophole in our background checks that can solve a lot of problems.”

“Today, Mark, 80% of all guns that are purchased go through a background check. Of the 20% that are not, about half are family transfers or sales within the family. We ought not touch that,” Patrick said.

However, Patrick said he saw the need for requiring background checks for the 10% of firearms sold between strangers, citing a U.S. Justice Department study that found a high percentage of guns used in crimes were acquired in stranger-to-stranger sales.

Abbott also directed DPS officials to conduct an intelligence assessment on the threat of domestic terrorism in Texas and to increase the number of DPS personnel investigating those affiliated with neo-Nazi and white nationalist groups.

Police said the man accused of killing 22 people at an El Paso Walmart on Aug. 3 confessed that he was targeting “Mexicans,” and federal authorities are treating the shooting as an act of domestic terrorism.

The task force — which includes statewide Republican leaders and representatives from local, state and federal law enforcement agencies — will meet Aug. 30 in Austin and quarterly afterward.